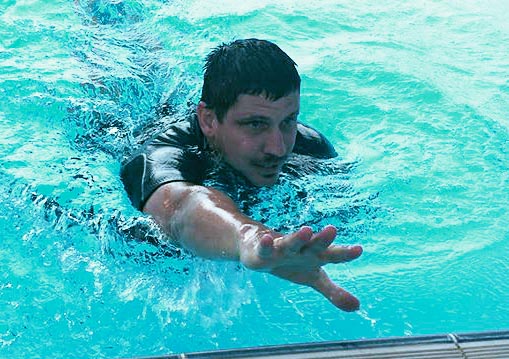 Record numbers attended the 2019 edition of the Central West All Abilities Swimming Carnival at the Parkes Aquatic Centre last Wednesday with 120 nominations across 24 races.

Teams from Temora, Cowra, Orange, Dubbo, Bathurst and further afield attended the blue chip event. They were not disappointed with some outstanding individual and team performances.

Only 12 months before he also scooped a bagful of medals.

“He is an outstanding athlete,” said Neil Hamilton of Currajong. “He has a rich sporting background and is as comfortable running as he is doing martial arts.”

“The passion he shows for all the things he attempts is also admirable,” said Neil.

While Kaupke was one of many who performed well on the day, it was LiveBetter from Orange who stole the major gong. In their first attempt, LiveBetter dominated many of the events including the female races and relays.

“LiveBetter were very worthy winners and we are extremely happy they have participated in our carnival,” said organiser Indigo Kriedemann of Currajong.

“All the teams from all the providers should be pleased with their efforts. Without them, days like this can’t be a success and we are thankful for their sportsmanship and support,” she said.