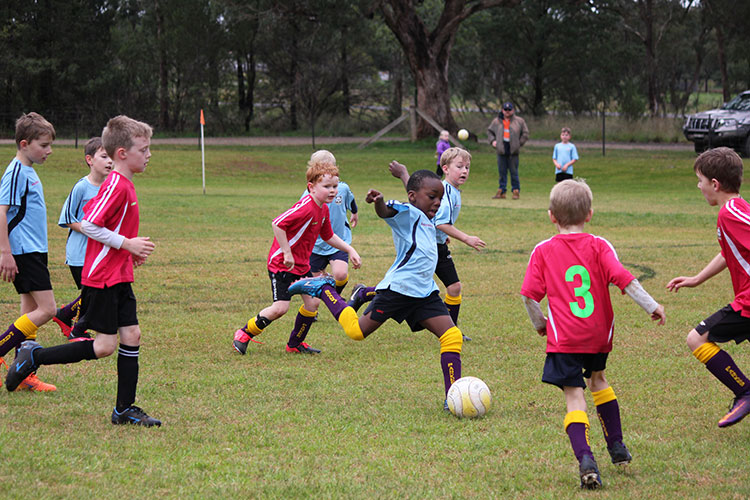 Round 2 of the Parkes & District Amateur Soccer Association’s competition took place at Harrison Park last Saturday. This is the under 8’s game – Falcons vs Emus on Ground 9. 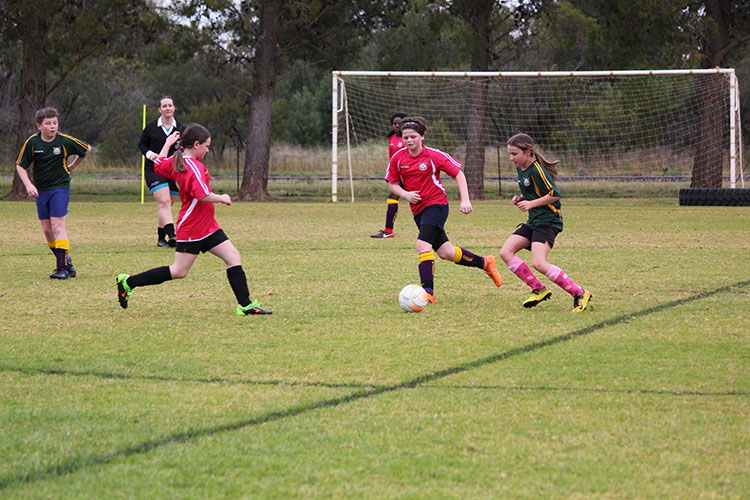 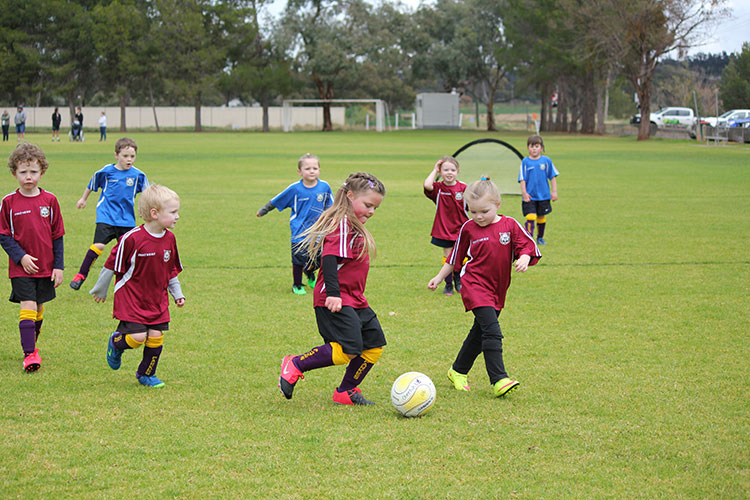 The under 6’s game – Panthers vs Cheetahs on Ground 1 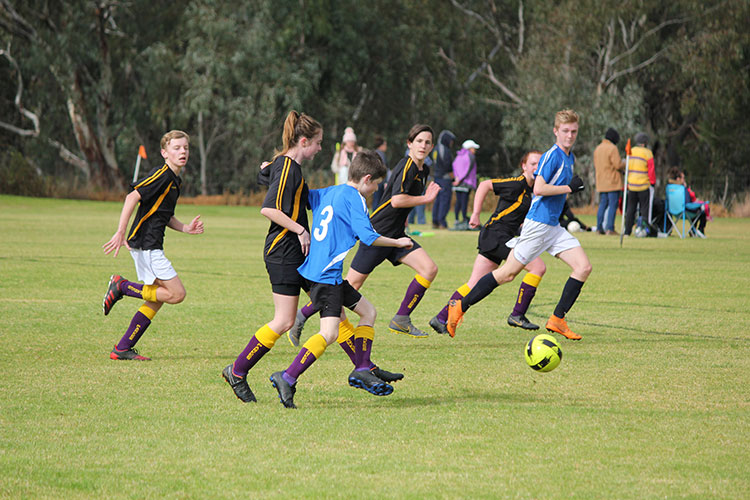 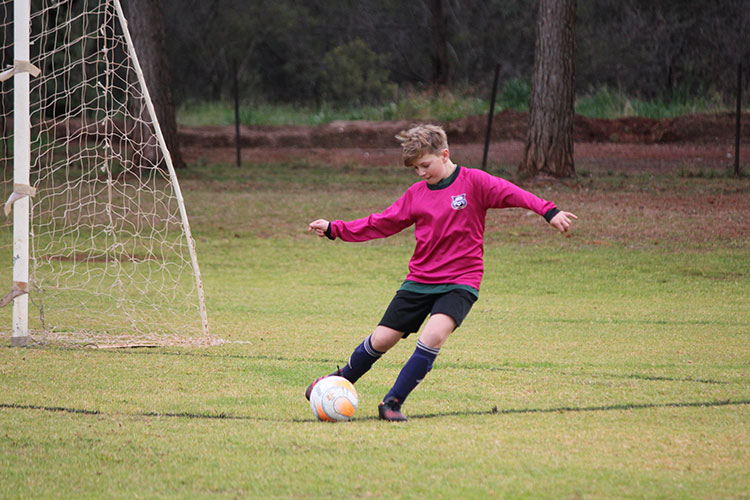 Good footwork from the goalkeeper in the under 12’s game.

Last Saturday saw the return of the Parkes & District Amateur Soccer Association’s competitions after a short delay due to COVID-19. It was great to welcome everyone back to Harrison Park and to see lots of smiling faces enjoying the great game of soccer.

Although Round 2 kicks off this weekend, it is still not too late to register for the 2020 season. Registrations will be accepted until 31st July. For more details regarding registrations go to www.pdasa.sportingpulse.net. 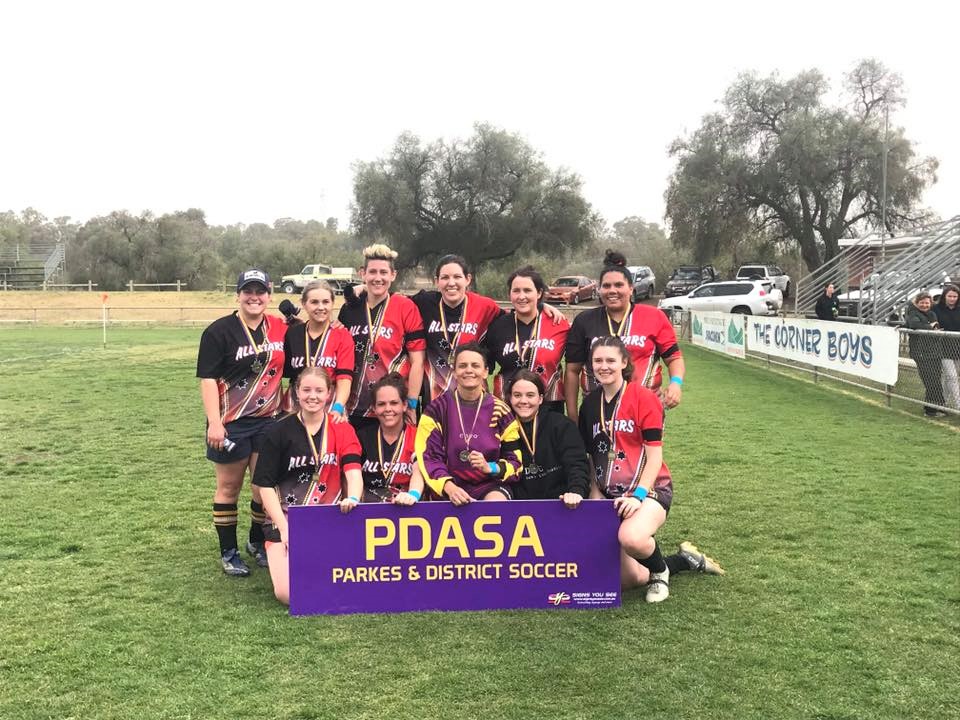 The Parkes & District Amateur Soccer Association held its Grand Finals at Pioneer Oval last Saturday. It was a great
day of soccer, despite the dust storm turning the sky brown! The winners were U12- Glory; U17- Rangers; B Grade-
Peak Hill All Stars and A Grade- PLC Raptors. Pictured are the Peak Hill All Stars. 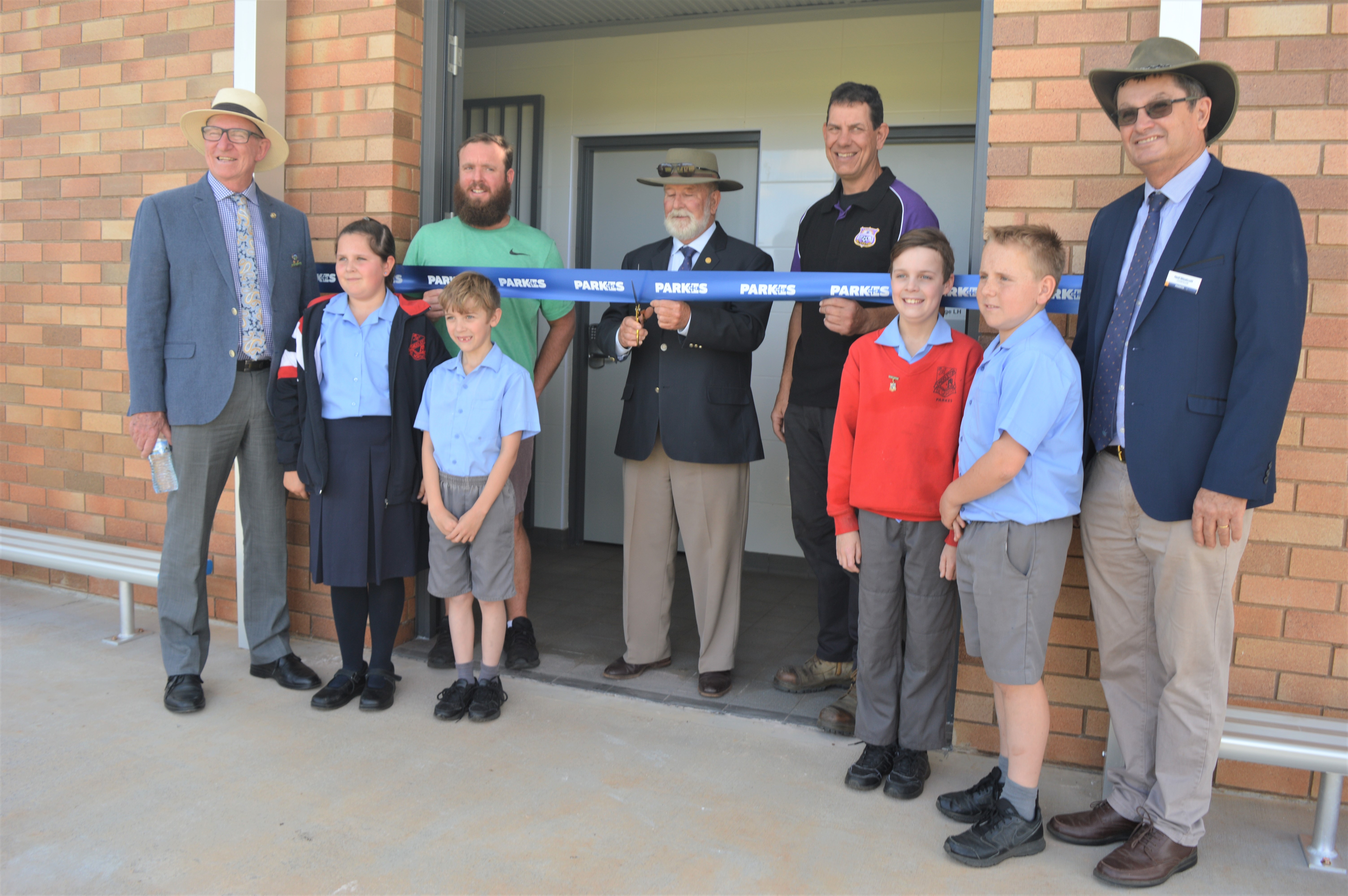 The future of soccer in Parkes promises to be exciting with the completion of the refurbishment of the 41-year-old amenities block at Harrison Park Parkes Shire Mayor Ken Keith, Councillors and representative from the Parkes & District Amateur Soccer Association attended the opening of the new $378,000 project last Thursday.

Harrison Park, home of the Parkes & District Amateur Soccer Association, is considered one of the premier soccer fields in the Central West, but the amenities were in desperate need of refurbishment.

The new facility features two spacious change rooms, eight additional toilets, and additional facilities for disabled/ambulant access. The change rooms provide direct access to shower facilities, which can be closed to the public when required.

The new amenities block has been designed for maximum ventilation while still being sheltered from the weather, and also features a new referee room, and accessible parent change room. Energy and water efficiencies include timed taps and bubbler, LED lighting on timed sensors, and drinking bottle refill stations.

“These upgrades will certainly be a game changer for local soccer. There are more than 500 registered players, as well as spectators and family members who regularly use these facilities, while the Parkes and District Cricket Association also utilise the field,” the Mayor said.

“We are looking to apply for some rounds of the Western Youth League, and following that State titles. Councils are really investing in the playing surfaces and sealing work on the car parks, so we will end up with a premier product.” 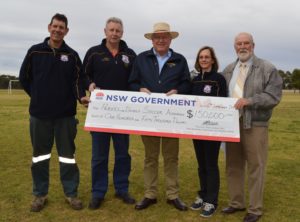 The Parkes & District Amateur Soccer Association received a big boost last week towards upgrading amenities at the soccer fields. Parkes is one of several clubs in NSW to benefit from $4.1 million from the 2015 Asian Cup Legacy Fund. Parliamentary Secretary for Western NSW Rick Colless was in Parkes to hand over a cheque of $150,000 to President Kevin Medlyn.

Kevin said the club was no longer able to attract big tournaments to Parkes because of its lack of suitable amenities. “We will refurbish the change rooms, add toilets and showers and build a new entrance.” The facilities are also not suitable for local players as the club saw an increase of 200 members this year following the Government incentive to get kids active. “We have 500 players here on a Saturday, and 150 on Sundays using the facilities,” said Kevin.