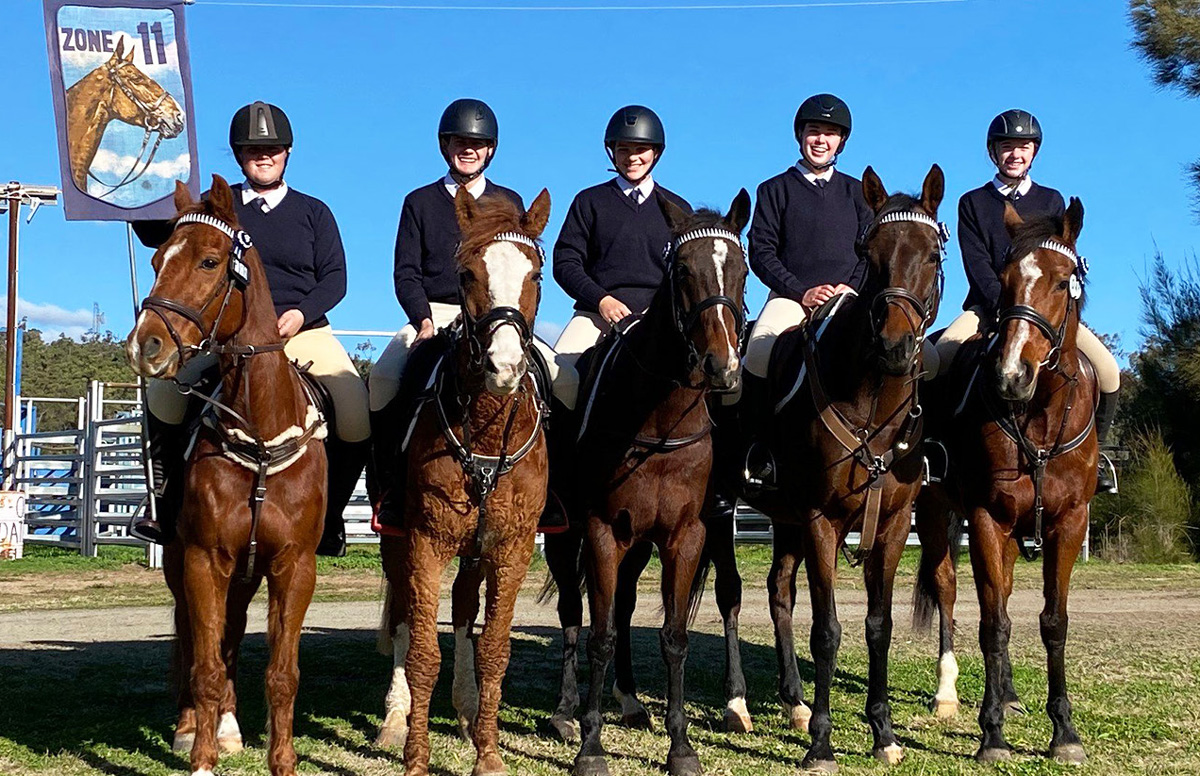 Four Forbes Pony Club riders and one from Trundle travelled to Warialda last weekend for the Pony Club NSW State Showjumping Championships where they achieved some good results.

Under the care of Team Manager Nicky Rusten, who did a great job keeping the team in order, they competed against riders from all over NSW and even a Queensland contingent.

All four Forbes riders entered the championships for the first time. Instructor Laurie Norris said it was a great experience for the team.

“Competing at State is a wonderful experience for our members,” said Laurie. “Each of the riders had success and learnt a few lessons as well. This will only help their riding into their next competition.”

Forbes Pony Club president Gary Tomlinson celebrated the success of the club’s riders. “I am so pleased to report that Tess Worland ran 3rd in under 15 B Grade, Freya Hooper 3rd in Under 17 C Grade, Jake Tomlinson 4th in under 15 A Grade and Jemma Hodder – in a very large class of riders- 12th in under 15 C Grade.”

Jorja competed in the 15 – u17 age group jumping A grade. After four rounds she collected a 5th, 6th and two 8th positions to place her 7th in the state.

“We are so very proud of their efforts and their sportsmanship in cheering on each other and the success of other riders. All of the horses stood up well to the competition too, jumping up to seven rounds over the course of the weekend.”

Forbes Pony Club is always on the lookout for new members, and those interested should contact the club secretary on forbesponyclub@gmail.com