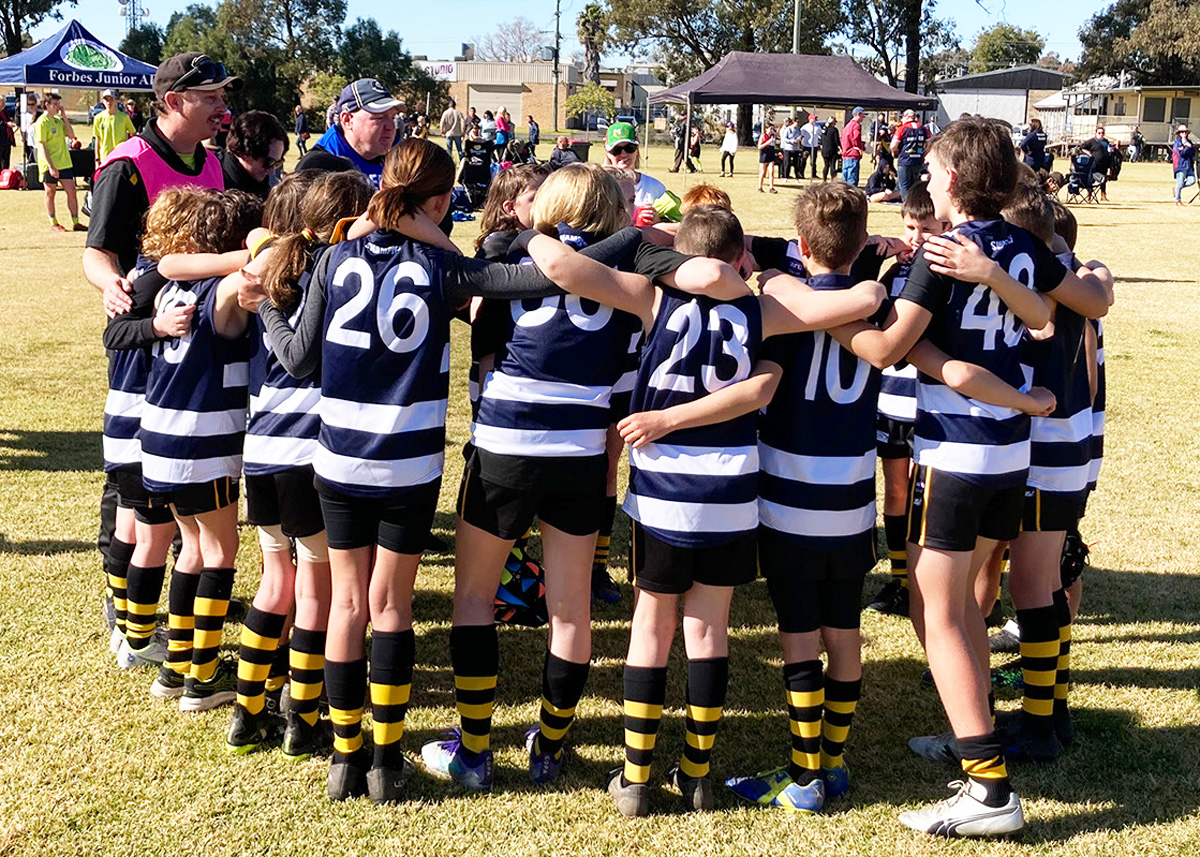 The Orange/Forbes under 12s, who scored a 50-point win over Dubbo, sing their song.

The Forbes Junior AFL Club made history on Sunday hosting a home game and competition at the Gaggin Oval for the first time in 36 years.

All grades of the Orange/Forbes and Orange sides took wins over Dubbo Junior AFL in the AFL Central West junior competition.

The Orange/Forbes under 12s continued their winning run with a commanding 50-point win against Dubbo.

It was victory number eight for the Swamp Tigers as they won 8.14 (62) to 1.6 (12) in what can only be described as the best weather seen in Forbes all year for football of any code.

Experienced mid-forwards Jack Sara and Sebastian Felice scored two goals each, while Zavier Felice kicked the last one in the last quarter to ice the game after Dubbo kept pressing throughout the contest.

Best on ground were the Felice brothers, Zavier and Sebastian, along with Nicholas Wood. Mr Consistent, Max Ridge, was strong in the ruck, Tyson McLennan continues to improve each game, while the defensive duo of Romulus Milsom and Will Northey were strong.

A blistering start and five goals from an inspired Cayden Metzeling propelled Orange/Forbes under 14s to a 57-point victory over Dubbo in round 9 of the competition.

The Swamp Tigers slotted seven unanswered goals in the first half with Dubbo failing to back up the performance of their last encounter when Dubbo nearly caused an upset.

Playing their first match after three weeks off and representative break, the Orange/ Forbes Swamp Tigers were a shining light in the 9.10 (64) to 1.1 (7) result.