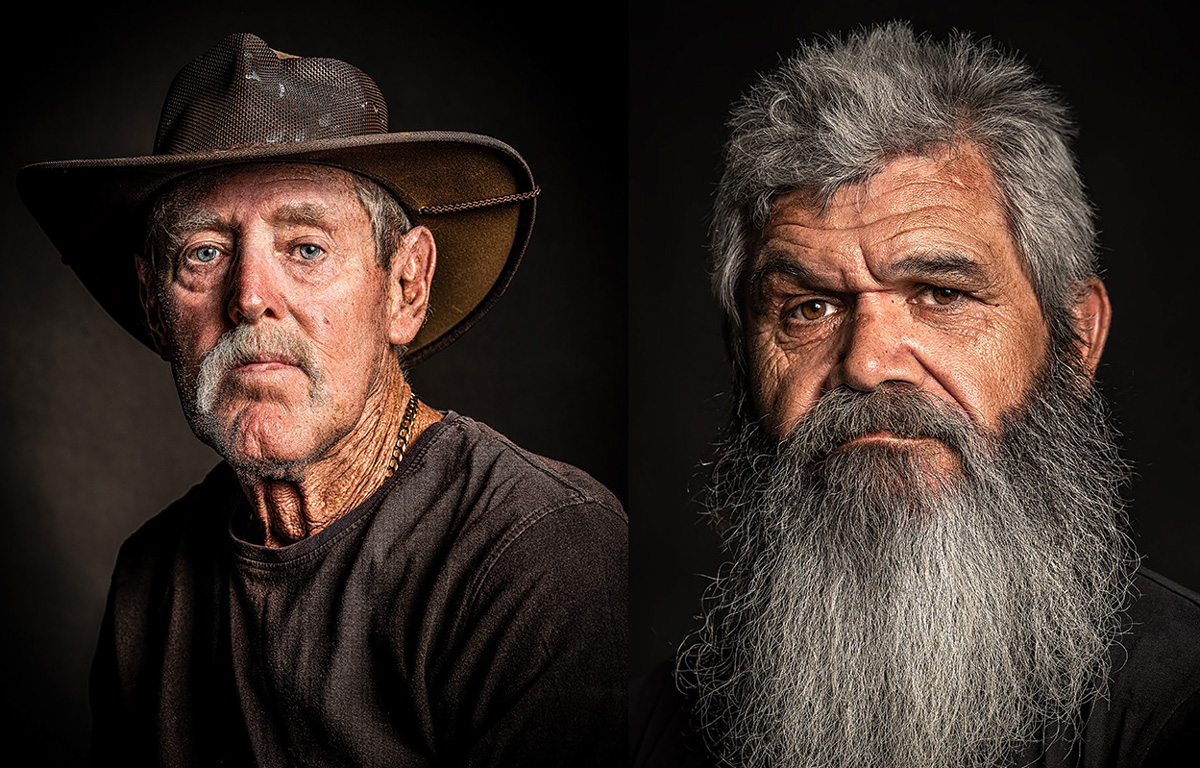 GREAT ACHIEVEMENT… Two portrait studies of Parkes photographer Marc Payne have made it into the top 101 photographs in the world. The photos are of Parkes local Bill Bourke (left) and the Peak Hill artist Scott ‘Sauce’ Towney.

A Parkes photographer is one of only a handful of Australians to be named finalists in the prestigious International Portrait Photographer of the Year competition.

Of the 618 entries received, two photos of Marc Payne made it to the top 101 portrait photographs in the world, while a third image missed it by one per cent of getting through.

The two images were of Parkes local Bill Bourke and the artist Scott ‘Sauce’ Towney from Peak Hill.

“It is a privilege to know my work can match the best in the world,” said Marc.

His two images will be published with all the other finalists in the International Portrait Photographer of The Year annual book. The highly respected Australian Photography Magazine and the top selling Capture Magazine also published Marc’s photos with the other Australian finalists. They are Mariana Zilbershteyn, Mark Chamberlain and Kris Anderson. Karen Waller won the Portrait Story category.

Marc entered the same competition last year with the purpose of getting feedback on his work and never expected to make it to the top 101 photographs in the world. He was named a finalist for his image of Dustin Howarth, a friend and artist.

“Photography is like a drug to me,” said Marc. “I’m addicted to it, and take photos every day. I’m now on the hunt for five subjects for next year’s competition.”