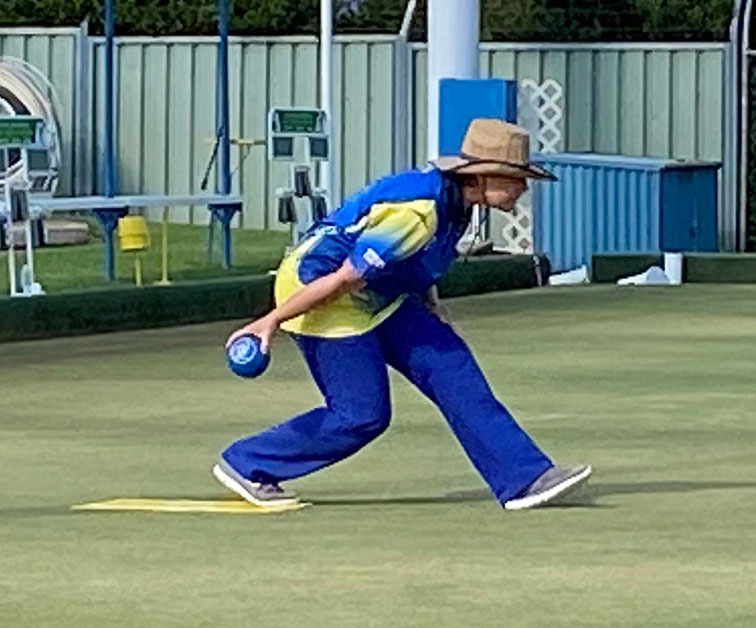 Jo Simpson and her unrelated name-sake Ian Simpson contested an eagerly anticipated minor singles match. Jo bowled superbly all match, particularly after a great start that saw her leading Ian by 12 to 5 after 10 ends, and finished strongly to win 25 to 9.

In the second minor singles match Chris Harrison played wily veteran Mal Porter in what was a terrific match of draw bowls. Both players maintained a high level of concentration as the lead changed hands many times. After 10 ends Chris was holding out Mal by 12 to 7, Mal was in front seven ends later to lead 16- 14, and was holding 2 shots at 24 to 22 having the last bowl of the end. Chris bowled a screamer of a draw bowl to the jack that enabled him to win that end, he maintained his composure and won the match 25 to 24!

A classic pairs match with Jim Blake and Tony Riordan against John Wright and Rob Irving ended in a 15 all draw.

The triples game with Mick Simpson, Bob Freeman and Darryl McKellar against Ron Hornery, George Bradley and Rob Tinker was a tight game with everyone playing good bowls. The game ended in a win of 17 to 15 to team McKellar.

Saturday’s bowls were washed out.