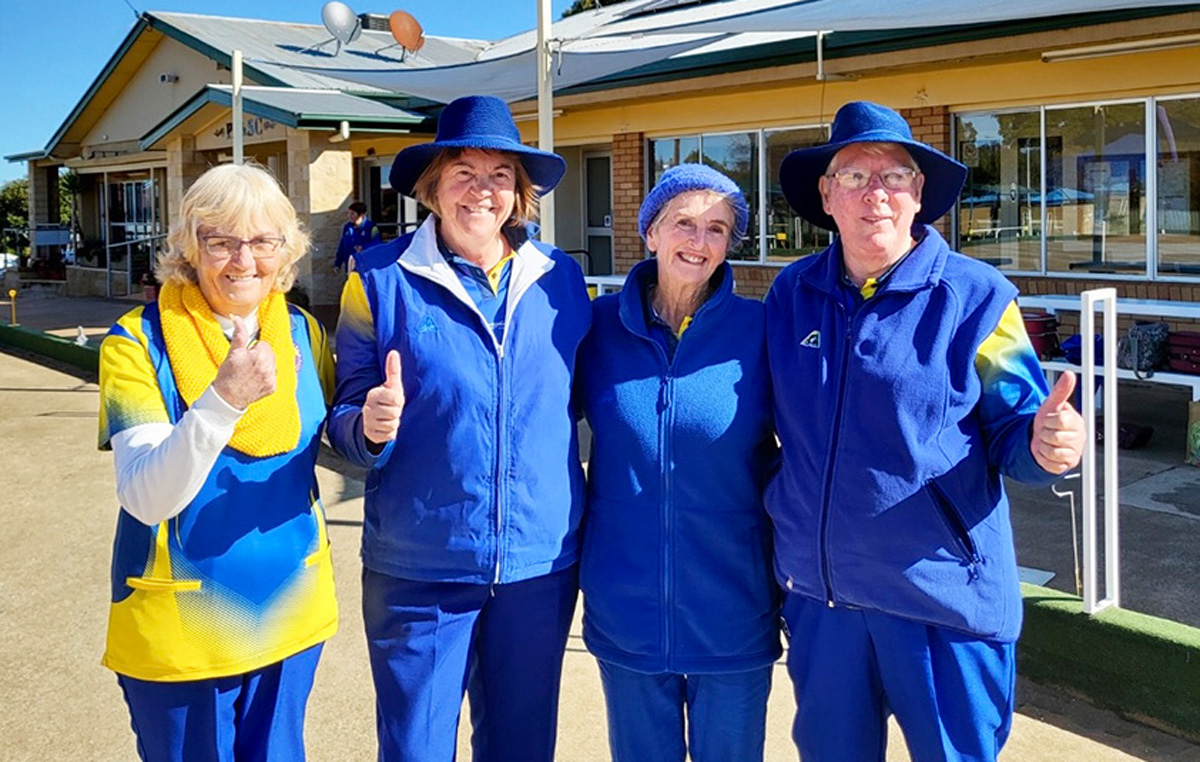 The match of the day on Tuesday saw Rose Mitchell, Heather Harvey, Maureen Miller and Cherie Frame emerge as the new Club Fours Champions for 2022. At the 21st end, scores were level, it was anyone’s game… Brenda Davies, Robyn Morgan, Rhona Went and Liz Byrne assessed the situation, but a win this time eluded them. Team Frame scored a double with a final score of 22-20. Thanks to Umpire Gwenda, and congratulations to the winners!

A much-anticipated Major Singles match between Mark Dwyer and Peter McPhee was going to script for Mark as he led Peter by 11 shots to 6 after 12 ends. Unfortunately, Mark was only able to score another three shots as Peter bowled exceptionally well to win eight consecutive ends to run away with a 25 to 14 win.

The Major Pairs match with Brian Townsend and John Wright playing Rob Irving and Darryl McKellar saw the older more experienced pairing of Irving and McKellar skipping to an early 7 to 3 lead. They surrendered this early advantage as team Townsend picked up 13 shots over just 5 ends to take the lead and storm to a convincing 24 to 12 win.