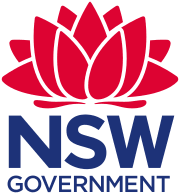 The long-awaited Parkes Bypass will be delivered with the re-elected Liberal and Nationals Government committing $100 million to the project.

“The Parkes Bypass has been on everyone’s lips for many years now and I want to see it become a reality with up to $100 million committed by the Liberal and Nationals Government,” said Riverina MP, Deputy Prime Minister and Minister for Infrastructure, Transport and Regional Development Michael McCormack in Parkes last week.

“I want to see greater freight efficiency and productivity, and I want to see improved amenity and safety for pedestrians and other road users in the Parkes centre,” he said.
“The bypass will allow heavy vehicles to avoid the town centre where intersections, as well as railway crossings, have a big impact on travel times and productivity. And most importantly it will help people get home sooner and safer.”

The $125 million project will be delivered in partnership with the NSW Government.

Consultation with the community will continue on the best design for the bypass, building on the concept design released by the NSW Government.

“The final design of the bypass will identify how best to integrate with Inland Rail intermodal hubs, which are so exciting for the economic development of the Parkes region,” said Michael.

“The Newell Highway is the longest highway in NSW, and provides a major freight and passenger transport connection to Victoria and Queensland. Many towns, farmers and small businesses throughout the Central West, Murrumbidgee Irrigation Area and western NSW rely on the Newell to connect product from paddock to plate, as well as providing a vital economic boost to communities along the highway.”