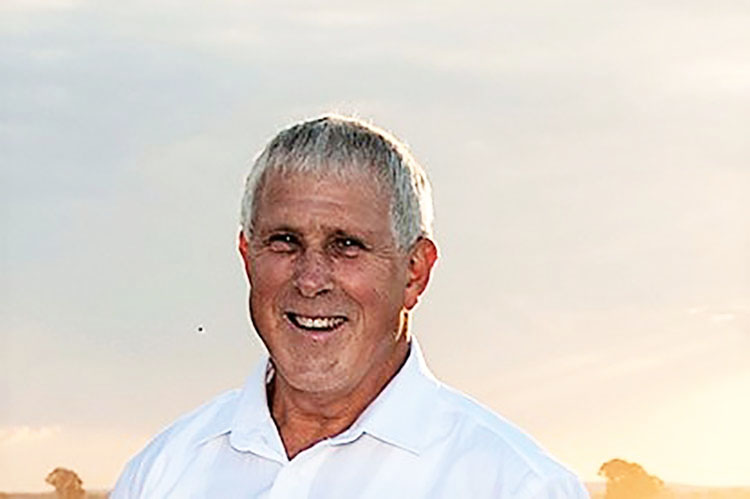 How long have you lived in Parkes and what do you like most about living here? I have lived in Parkes all my life, except for six years at Yanco Agricultural High School. I enjoy the community spirit and great friendships made in the town.

Where do you work or what do you do currently and what do you enjoy about it? After leaving school I worked the family farm with my father, at which time I gained my wool classing certificate. I leased my farm some years ago. I now class around the district and help my brother Ken when he needs a hand. What I like most is working with a great team where we all get along and enjoy each other’s company.

What is your favourite thing to do when you have free time? I have always enjoyed running, having completed 25 City2Surfs. I also enjoy being involved with the community through groups such as Action Club, PA & H Association, Coradgery Picnic Races, Australia Day committee, Ma- sonic Lodge. Of course, being Town Crier for the last 24 years has been lots of fun and I have had the opportunity to meet a lot of great people.

What makes you proud? My two daughters. Both girls have grown into fine young ladies with great husbands, giving me four grandchildren and we all enjoy spending time together whenever we can.

If you could be an animal which one would you choose, and why? A hard one, but I think an eagle. Very few predators and being able to soar over the countryside would be fantastic.

What is your all-time favourite movie, song and/or book, and why? Movie: The Sting, with Paul Newman and Robert Redford; Song: anything from the Beatles or Cat Stevens; Book: any Alistair MacLean or Dan Brown book.

Tell us about your best holiday. A three-week Contiki trip through Europe in 1981 with Heather, my first wife. We were part of a small group, had a great tour guide, and with six nationalities, we all got on really well, with lots of sight-seeing. 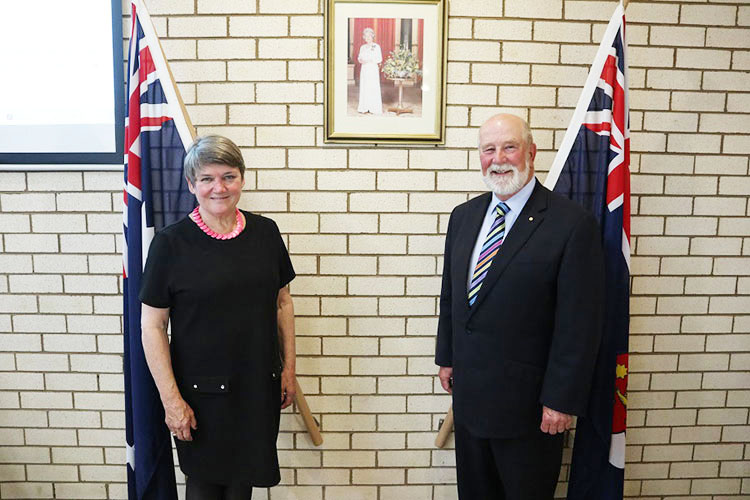 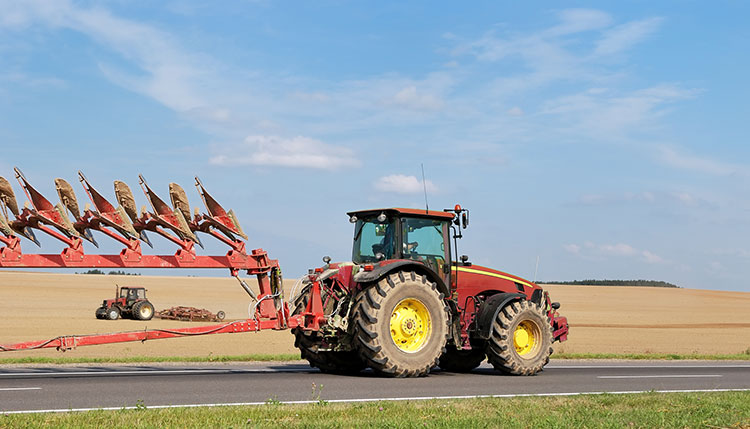 This year’s harvest is set to be a bumper one and farmers, contract harvesters, transport companies and agricultural machinery retailers are invited to attend the Be Road Ready For Harvest Virtual Field Day via Zoom on Thursday, 24th September from 8am.

Parkes, Forbes and Lachlan Shire Councils’ Road Safety and Injury Prevention Officer, Melanie Suitor, said that while the usual face to face field day at the Central West Livestock Exchange wasn’t possible due to the current COVID-19 restrictions, the online delivery would hopefully make it more easily accessible for participants to attend.

“For the first time in about three years it is looking like we are going to have a good harvest, and it is therefore important to refresh people’s knowledge about the new and current rules and regulations for legally and safely moving harvest equipment on the road.

Topics for the field day include how to apply for permits, the new National Agricultural Machinery Notice, load restraint, pilots, the Grain Harvest Management Scheme, COVID-19 Safety Plan for silos, border restrictions and much more.

“The first 20 people to register will receive a free cuppa! And by taking part in a short road safety quiz you could win one of three Engel car fridges valued at $190,” Melanie said.

Registration is free and can be completed via the Parkes, Forbes or Lachlan Shire Councils’ Facebook pages.

Attendees will all receive a Moving Harvest Machinery 2020 USB, which contains most of the relevant notices and information about moving agricultural machinery on the road. 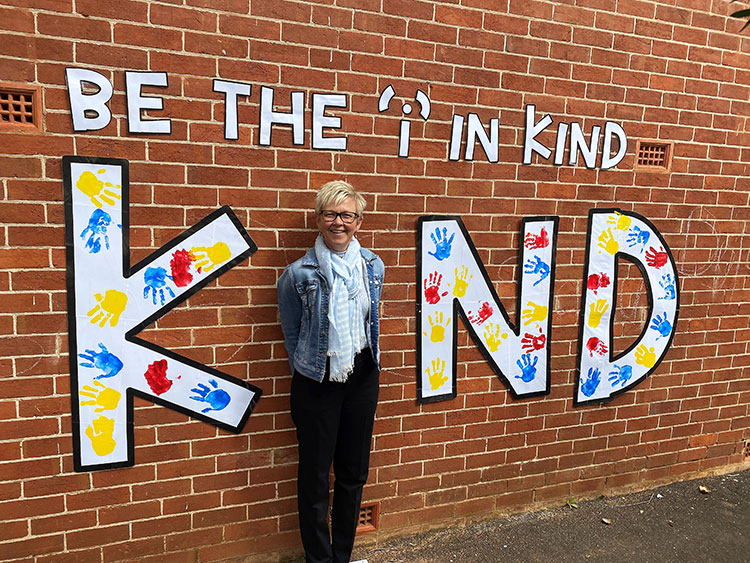 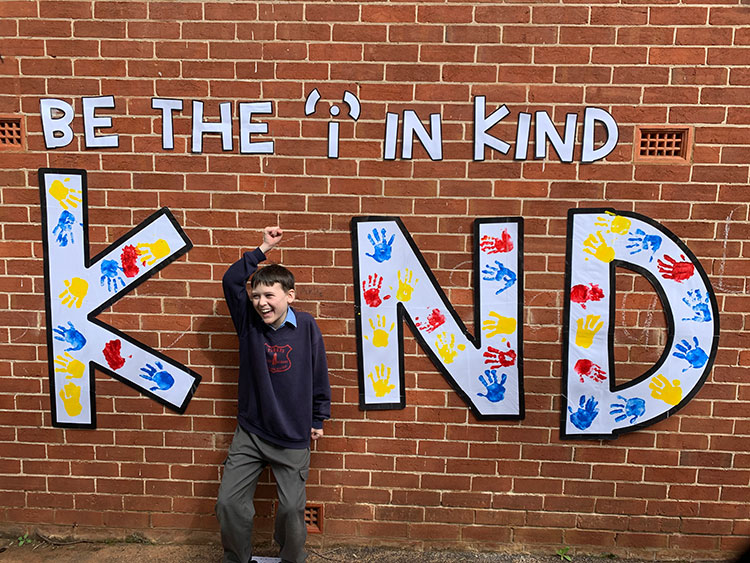 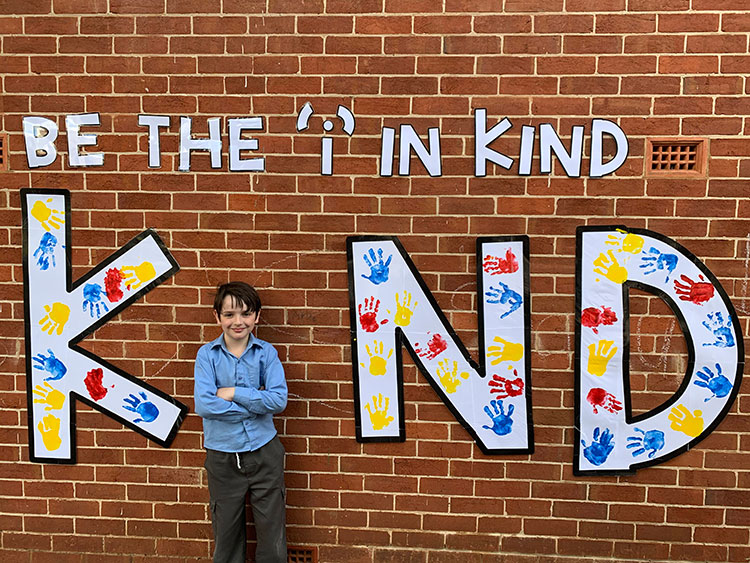 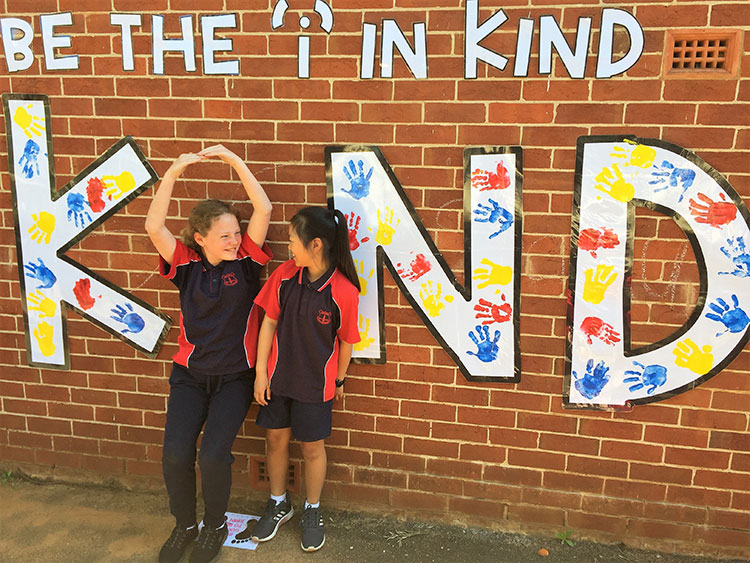 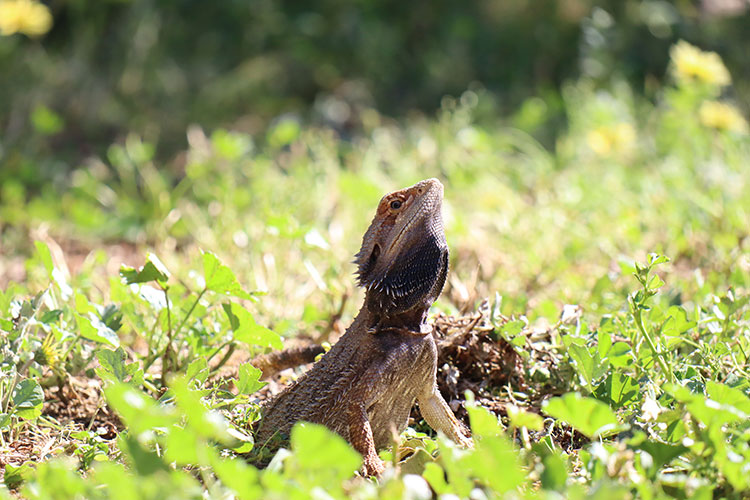 The Parkes Phoenix is once again running its very popular competition, and this year Spring is magnificent after all the rain. So, go out and get snapping, we would love to see what you see! Ivey Lane Photography has sponsored a $50 gift voucher as the prize. Enter via our Facebook page or email your photos to editor@parkesphoenix.com.au. Entries close 30th October. Carla Greef sent us this one of a friendly critter she came across. 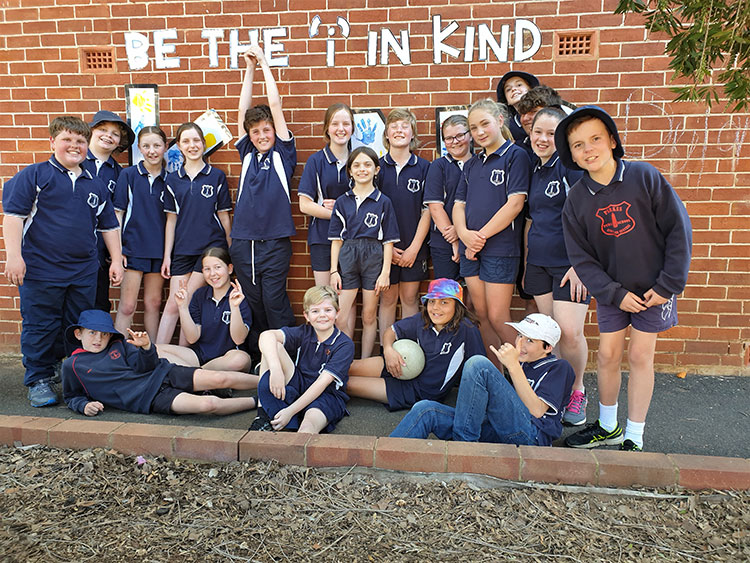 Class group 6C at Parkes Public School all wanted to be the ‘i’ in kind when the school celebrated kindness for a week to focus on the good in the world during these times of turmoil.

“Kindness is spreading sunshine into other people’s lives, regardless of the weather.”

After the mixed up beginning to the year, Parkes Public School decided to focus on the good in our world, and the good we can show other people. The whole school celebrated a week of kindness as term 3 is drawing to a close.

All members of the school community took part in some way. “We all talked about how we can be kind, how we can help others belong and how we can use our power to make the world a happier place,” said teacher Erin Woolstencroft. “Last Thursday we took time to check in with each other for R U OK Day.”

There was a chocolate fairy who visited the teachers, classes made gifts for each other, there were discussions on how students could help people in our local community, and the week finished off by being the ‘i’ in kind. “Be the change you wish to see in the world.” 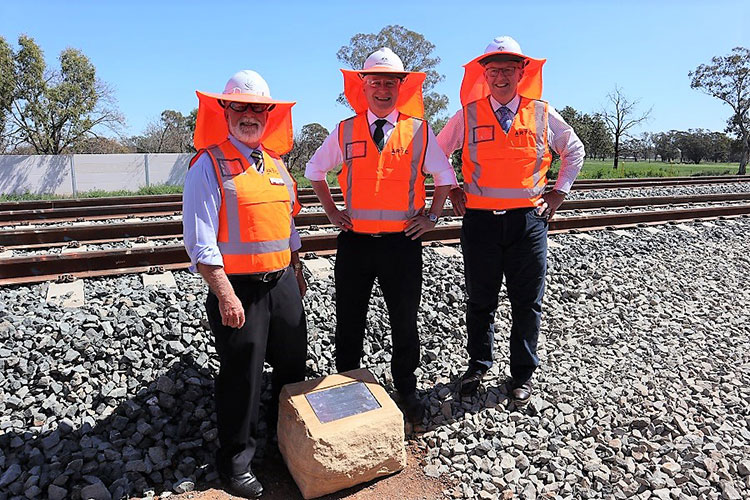 The final golden clip was hammered into place to signify the completion of the very first section of Inland Rail at Peak Hill on Tuesday.

“What a significant and momentous day,” said Deputy Prime Minister and Minister for Infrastructure, Transport and Regional Development, Michael McCormack. “Inland Rail is nation-building and today recognises a great milestone in this transformational infrastructure.”

Peak Hill was an appropriate location for the historic achievement as the first shipment of Australian made steel was delivered to Peak Hill on 15th January 2018 to begin the project.

“This is real progress, and our Government has already delivered more than 1,800 jobs and $100 million in local stimulus through Inland Rail.”

“We have invested $25 million in ballast and capping (800,000 tonnes) from Parkes-based companies Calvani Crushing and Ausrock Quarries – a great example of how local procurement is at the heart of Inland Rail.”

“We’re now looking ahead to the Narrabri to North Star project, scheduled to commence construction later this year, where we will see similar local benefits as Inland Rail provides a must needed catalyst for stimulus in our regions.” 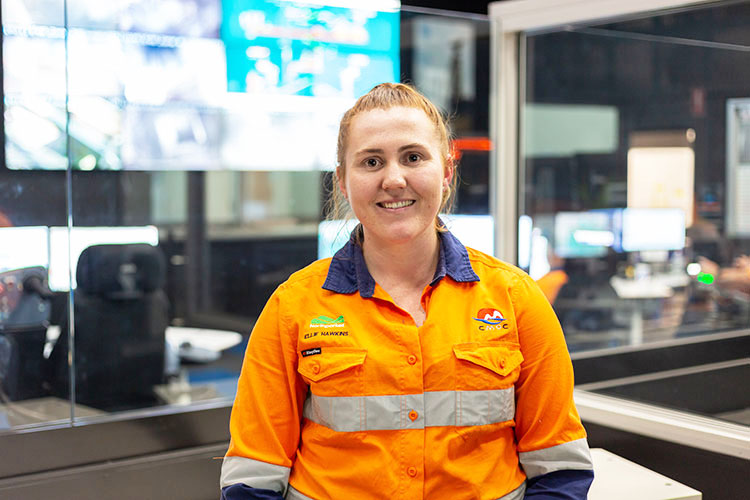 Ellie Hawkins, Scheduling Engineer at CMOC-Northparkes Mines, has been named a finalist for the BHP 2020 Women in Resources National Awards.

Ellie is a finalist in the inaugural Maptek Women in Resources Technological Innovation Award category. Earlier this year, Ellie was announced as the joint winner of the Young Achiever of the Year award as part of the NSW Mining Industry & Suppliers Awards. Northparkes Managing Director Hubert Lehman said: “2020 has been a big year for you. We are very lucky to have you on our team!” 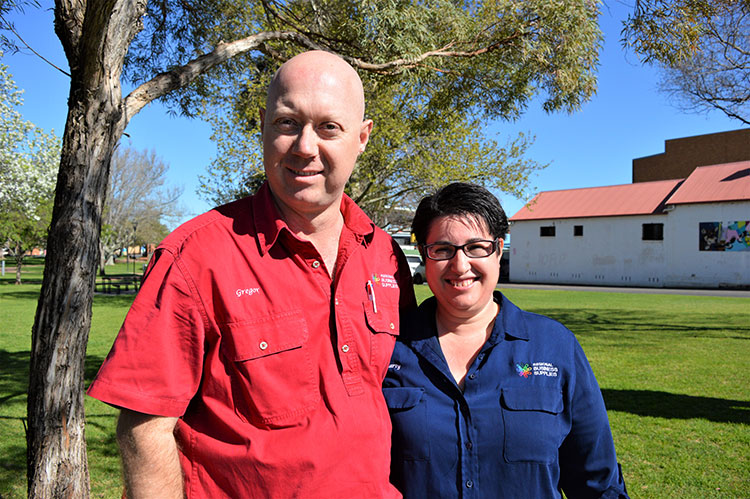 Gregor and Marty Sammut-Paul (owners of Regional Business Supplies): We love the new main street. We are extremely happy. It makes a huge difference and people tend to stay longer and not just go through the area. It has brought vibrancy to this end of the street. 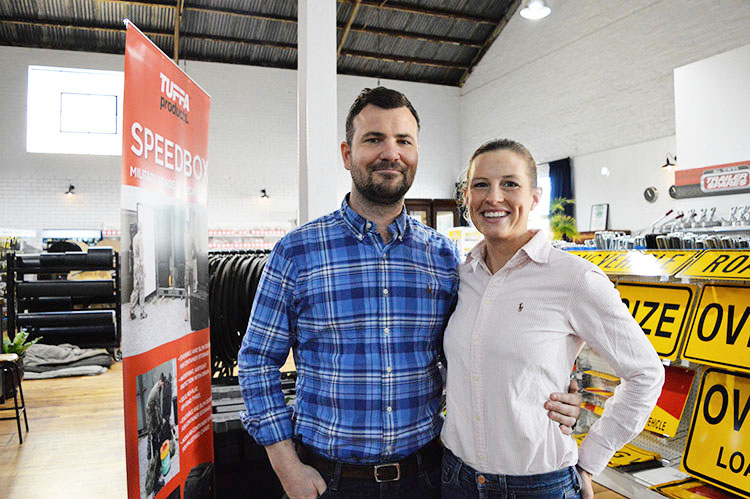 Susannah and Allan Blatch (owners of AA Blatch): It is now much more pleasant and was definitely worth it. The landscaping is lovely. We love all the plants and trees. We have made a lot of improvements to our business to complement what Council has done. We are very pleased to have a well-known business in the renovated part of the main street. 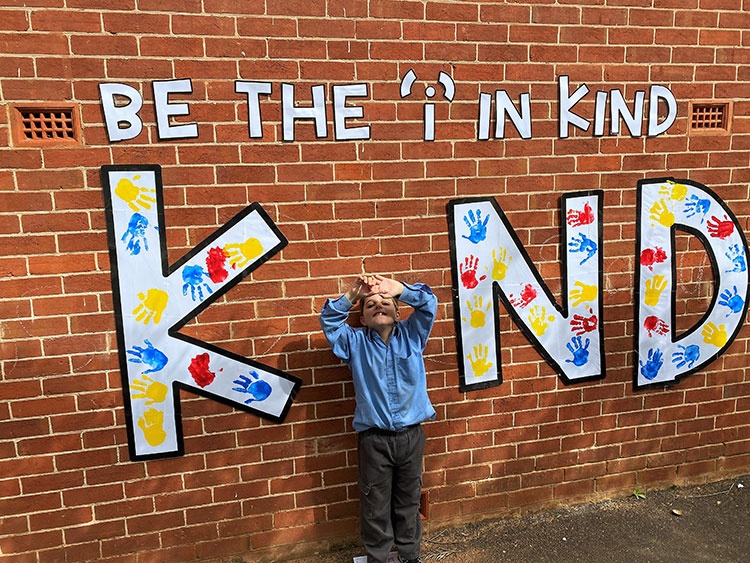 Students at Parkes Public School celebrated a week of kindness. Here is Kaiden Lord at the kindness wall.

Christmas Parade and Carnival Cancelled: At the recent Parkes Action Club meeting members voted to cancel the annual Parkes Street Parade and Christmas Carnival. The members recognise that the Parkes community has been very supportive of this event in the past. However, due to COVID-19 concerns the members felt this is the safest way forward for our community.

Last Day To Have Your Say: Today, 18th September is the last day to take part in the survey to have your say on whether the Parkes Elvis Festival should take place next year. Due to the COVID-19 pandemic, the 2021 Parkes Elvis Festival has been moved from January to 10-14 March 2021, but the final decision will be made by 28th September. Your contribution will help make the decision regarding the festival proceeding in March 2021. Complete the survey via the Your Say Parkes platform – https://yoursay.parkes.nsw.gov.au/2021-parkes-elvis-festival

Grants To Support Youth: The Youth Action Projects Grant Scheme have grants of between $5,000 and $20,000 available for projects which respond to the social challenges facing those aged 15 to 24. Projects need to be either new initiatives that recognise and respond to the hardship young people face now and will face in the future, or existing initiatives which already provide a valuable on-going service to young people, but which need further funding to continue. There will be a particular focus on employment, transportation, mental health and the impacts of COVID-19 and last summer’s bushfires. The grant round closes 7th October. Visit www.fya.org.au/yapgs 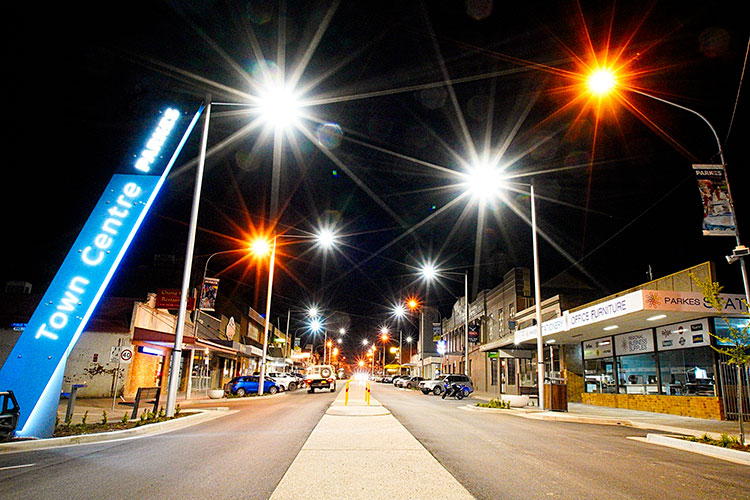 Have you seen what the renovated part of the CBD looks like at night? Why not make use of the good weather at the moment and take a night time stroll around town? (Photo: Les Finn)