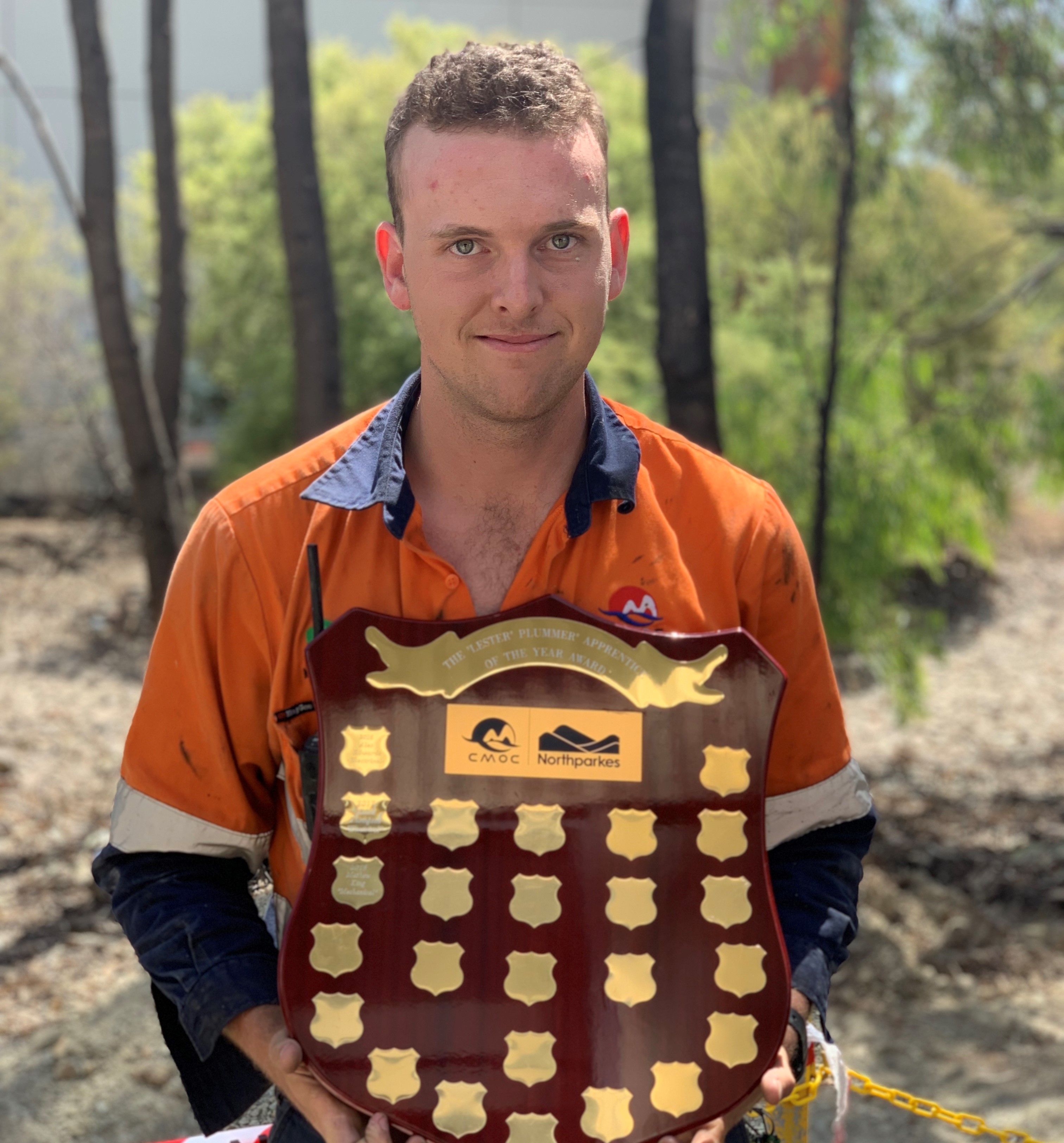 A third-year mechanical fitter was awarded the Lester Plummer Apprentice of the Year award at CMOC-Northparkes Mines recently. Matt King was recognised for being a quiet achiever who takes on responsibility, leads others and consistently strives to improve and develop his skills. Matt also received exemplary results at TAFE, with four out of
five assignments marked at over 95%.

“I feel extremely honoured to have received the Lester Plummer Apprentice of the Year award. During my apprenticeship I have been lucky enough to have worked with various tradespeople across site, who have positively influenced and developed my attitude, skills and knowledge,” said Matt.

The Lester Plummer Apprentice of the Year award was first introduced in 2016, in honour of friend and colleague, Lester Plummer, who passed away in 2015. “Lester worked at Northparkes for many years displaying a keen interest in the development of our apprentices,” said Stacey Kelly, Manager – People, Safety and Environment.

His caring and fun-loving nature, combined with his trade knowledge and skills, meant that he was a perfect match to mentor our apprentices.” Brandon Keep, Luke Wallace, Oliver Dagger and Steven Butler, who finished their
apprenticeships last year, were also recognised for their efforts at the employee pipeline event that welcomed new employees to the business. The employee pipeline includes apprentices, trainees, graduates, scholarship holders and work placement students.

“By building the skills of young people, we are able to build a community of talented and experienced tradespeople whose skills will benefit both Northparkes and the community in which we live and work,” said Stacey.