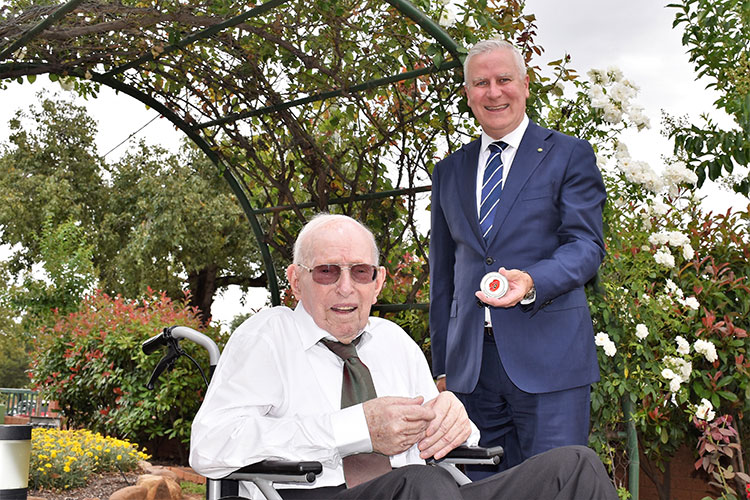 Well-known local and the only surviving male World War II veteran in Parkes received a medal from the Deputy Prime Minister last Friday.

98-year-old Thomas Forrester received a visit from Michael McCormack in the garden at Niola Care Centre. He was presented with a special medal and letter of congratulations for the 75th anniversary of WWII in the Pacific.

All surviving WWII veterans were given medals by the Australian Government on the 75th anniversary celebrated in August this year.

Thomas, who led the annual Anzac march last year escorted by his daughter Narelle in a wheelchair, was born in Forbes on 21st February 1922. He served approximately four years in the Australian Army during which time he was with the 2nd AIF in the 2/3 Australian Infantry Battalion and was in New Guinea on overseas active service for some 14 months.