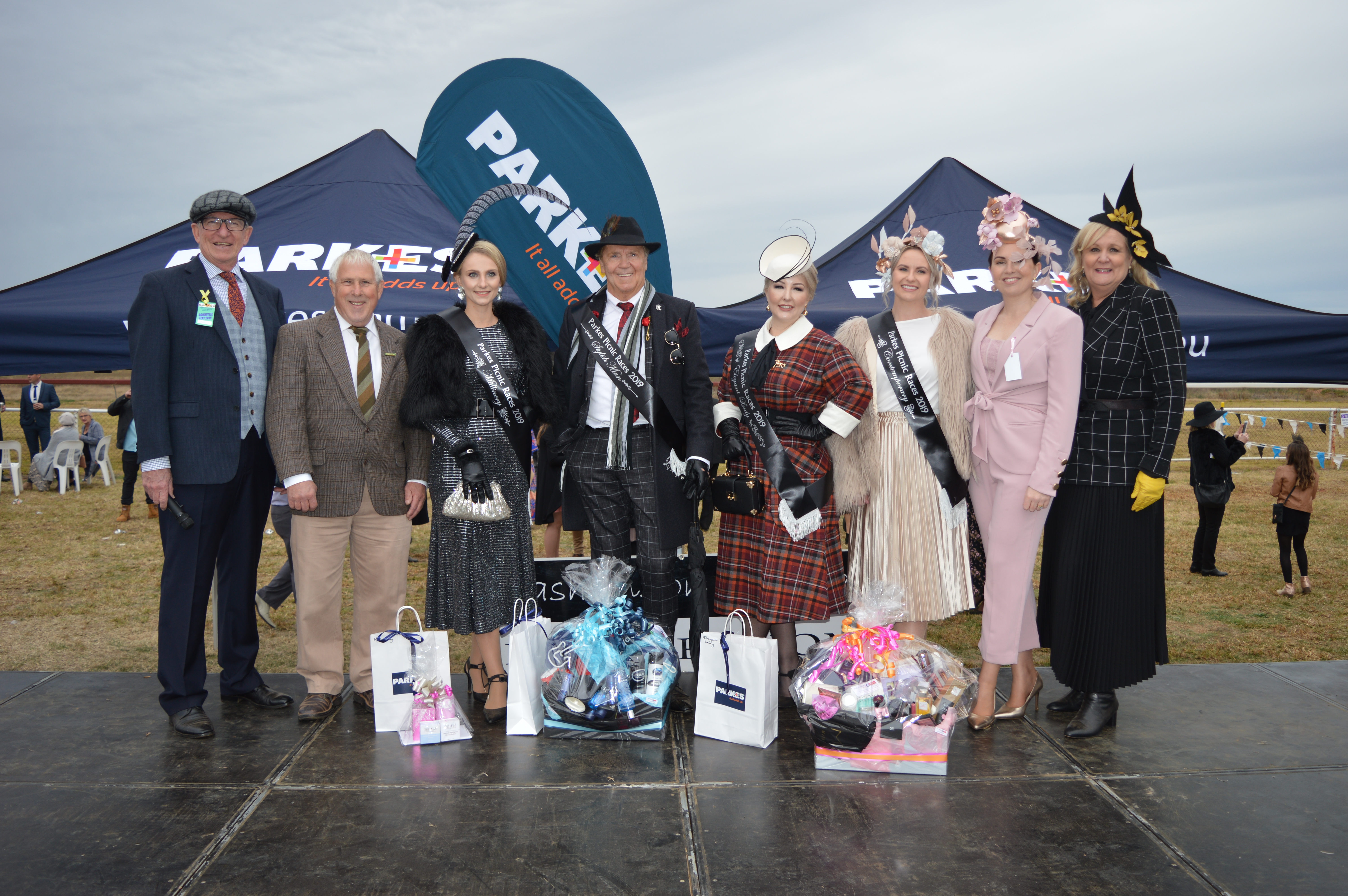 The weather played along for last Saturday’s premier social event on the Parkes calendar when 1,500 patrons attended the Parkes Picnic Races in their finest winter racing outfits.

People flocked to Parkes from all over Australia, with the Fashions on the Field competition drawing entrants from Canberra, Sydney, Mudgee, Dubbo, Orange and closer to home.

“I am amazed at the high quality of entries today,” said Fashions on the Field guest judge Anna Barwick. “It was very difficult to choose the winners, especially in the Elegant Lady category.” She said the men had also gone to a lot of trouble for the Elegant Man category.

“I just love winter racing for all the different fabrics like velvet, wool and furs,” said Anna, a former Peak Hill local and winner of several titles at country race meets, and the Miss Royal Easter Showgirl 2008 title.

Parkes local Nic Dolbel won the Contemporary category, with Josie Anderson from Cobar taking out the Millinery title, Elegant Lady was won by Michelle Meyers from Mudgee, and Stylish Man by Tommy Jeffs from Canowindra.

The event had three commercial tents and numerous private tents. The Railway Hotel’s theme was Woodstock and won the prize for the Best Private Tent. Terry Bros Parkes took out the Best Corporate Tent prize.

President of the Picnic Races Tim Keith was very happy with the “fantastic attendance” and the excellent condition of the facilities at the track. He thanked all the sponsors for their support saying “it is good to see so many people having a good time and enjoying the day”.

The feature race of the day, the Mcdonalds Coradgery Cup, was won by Waldo Waldorf ridden by Bryan Murphy and trained by Darryl Rolfe.

The Parkes Services Club Handicap was won by Wispadah with jockey Aaron Sweeney, while the final race of the day, the Agriwest Maiden handicap, went to Rufio ridden by Anthony Cavallo.