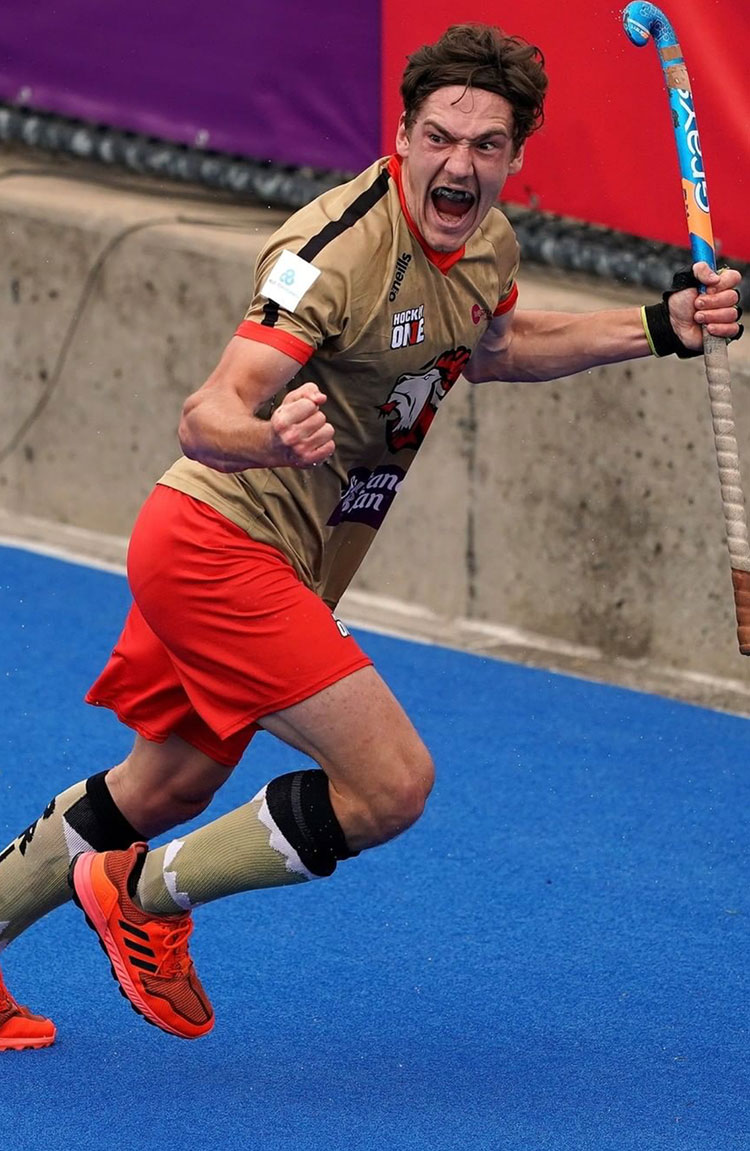 GOT IT… Kurt Lovett is the Parkes 2020 Sportsperson of the Year.

Playing for the Kookaburra hockey team is a dream Sportsperson of the Year, Kurt Lovett, has had since year 4.

His mum Fiona discovered a school work sheet from year 4 asking what you want to do when you grow up. Kurt’s written response was to play for the Kookaburra hockey team.

“Dreams do come true,” said his dad John when accepting the award on Sunday as Kurt was in camp in Sydney with the Kookaburras playing Belgium last weekend and Great Britain this weekend.

“I know Kurt is very humble in winning this award, however he has worked extremely hard over the last four years in which he has finally been selected in the Australian Kookaburra hockey team, where he is now based in Perth,” said John.

Kurt had a few individuals he wanted to thank including George Sommers who coached him in his junior years of hockey, Laurie Wakefield who had a lot to do with coaching Kurt in his teenage years and representative hockey, and the Parkes Hockey Association who supported him for the last 18 years.

He made a special mention of Dusty Powter who supported and helped him with sponsorship over the years. Last but not least, he thanked his parents.