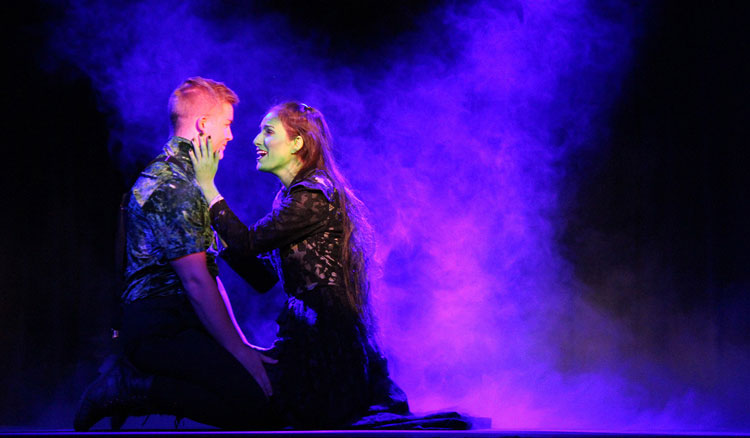 Fiyero (Matt Prow) is Elphaba’s (Hannah Symonds) love interest in Wicked. Here they share a tender moment on stage during Parkes Musical and Dramatic Society’s production of the Broadway musical.

Last Sunday Mary and I attended the matinee performance of Wicked not really knowing what to expect.

As in the past Lyn Townsend has thrown her body and soul into this production which was first cast in March 2019 and put on hold till now because of the COVID epidemic.

This time lapse gave Lyn the opportunity to put her own interpretation on Wicked, plus its design and so many magnificent costumes. Directing this show provided a massive challenge which Lyn has carried off with her usual determination and flare.

The show opened with a series of flash-backs to the society’s Wizard of Oz which connected the two productions. Then the curtain rose and we were enveloped in a mass of colour, dancing and sound for the first part of act one, leading to the main story of the conflict between Elphaba (Hannah Symonds), the green witch, and Galinda (Shannon Toole), the good witch, with Fiyero (Matt Prow), the dashing young captain adding to the dilemma. 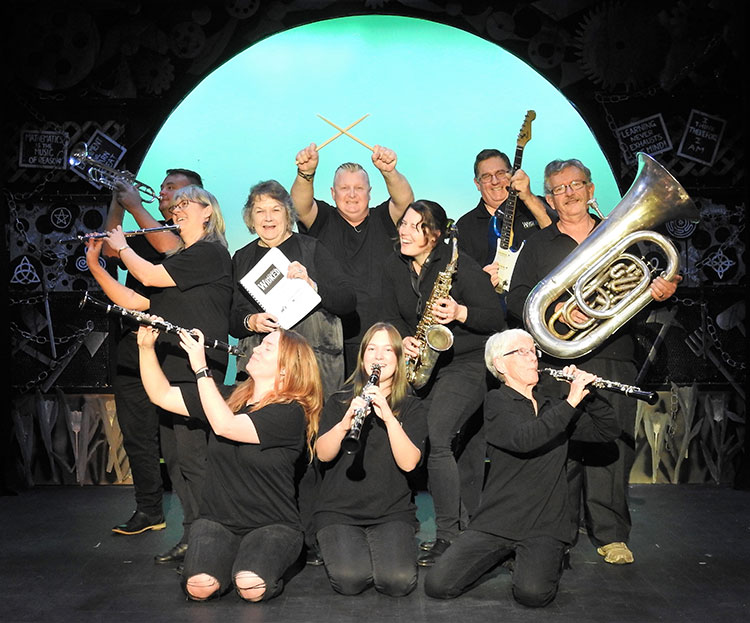 Wicked would not be spectacular without the continued support from its amazing band. These talented musicians hold the production together, and are always ready when any mistakes happen on stage.

The final resolution came in the last act with the appearance and guidance from the Wizard (Bill Jayet). To achieve such a high level of dancing and singing just doesn’t happen, but with Kate and Gracie Townsend on the choreography and Gail Smith with Carolyn Butler as vocal coach-es, it had to succeed.

I was particularly impressed by Elphaba and Galinda who were exceptional for the way they played off each other and sang while the Wizard, Mr Wonderful, is like a good wine, better with age. All this couldn’t happen without the very strong cast made up of the young, the mature and very talented members of the Parkes Musical and Dramatic Society, many who played huge supportive roles both on stage and in production.

The 10-member band, many of whom are regulars, gave up weeks practising under the baton of Neil Westcott to provide great music of such a varied repertoire, but of course we have come to expect such a very high standard from Neil as musical director. The orchestra pit came into its own this show, though a little crowded, it really blended in with the stage setting and has been a great asset for the theatre. This brings me to the four-member back stage crew led by Brian Townsend who have spent weeks setting up such a decorative and workable set of scene changes with lights to give such a terrific effect.

As usual lighting and sound were of a very high standard, made possible by our expert team and excellent equipment. A great show from start to finish.