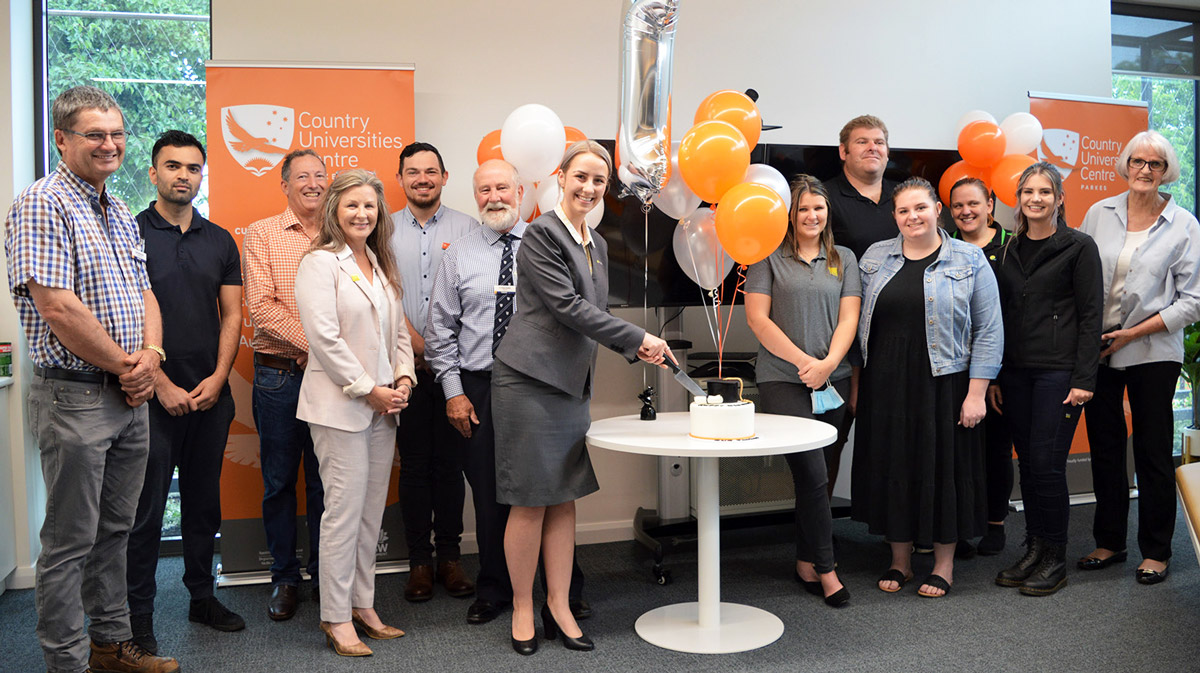 The Country Universities Centre (CUC) in Parkes not only celebrated its first anniversary last Friday but also saw eight students graduate after a year of many challenges.

“It was a match made in heaven,” said Madeline Swan, one of the eight graduates, who thought she was always going to be a university drop out.

“My learning journey was probably more chaotic than the typical path of students here,” Madeline told the students and guests at the celebration. When she found herself living five hours away from home to study at university at the age of 17, she was not prepared for all the challenges of big city living. “I had never driven in busy city traffic, I had never paid a bill, and all my hopes of completing university were dashed when I decided to move back home for mental health reasons.”

Madeline is one of the more than 46 students who enrolled at the CUC in its first year. “We hope to reach triple digits for next year,” said Tracie Robertson, chair of the board of directors.

Parkes Shire Mayor Ken Keith said it was great to see the success of a dream of a university presence in the community come to fruition after the first attempt failed about ten years ago when Charles Sturt University did not renew an agreement with Council and TAFE .

“The need for skilled and educated people is really high in our community.”