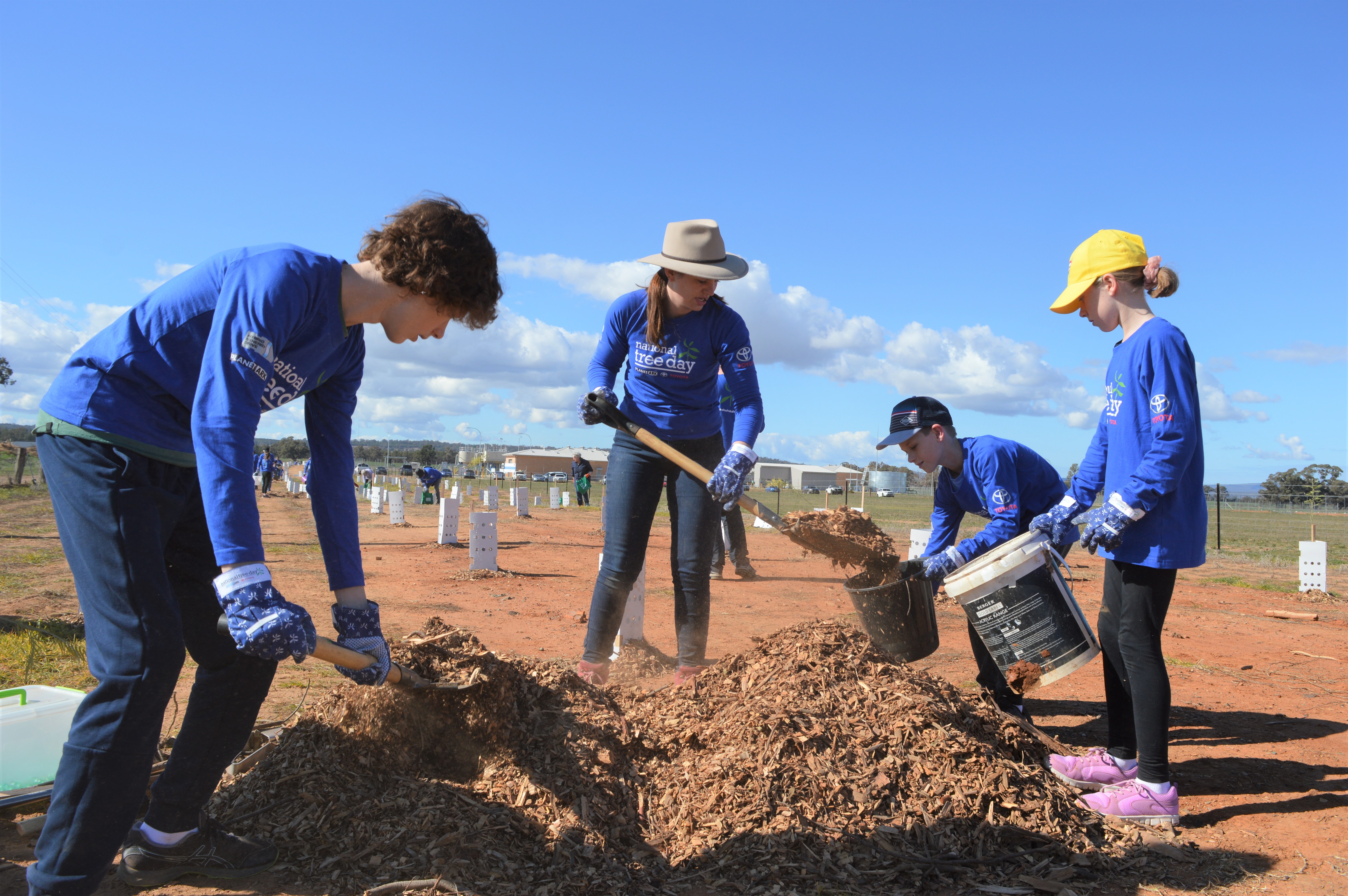 A record number of people made the most of the beautiful weather on Sunday morning to get out and support the National Tree Day event in Parkes.

A total of 78 volunteers of all ages enjoyed the sunshine and fresh air planting  300 local native species of trees at Akuna Road.

Parkes Shire Council’s Environment and Sustainability Coordinator Michael Chambers said the site was chosen to create habitat connectivity between the creek and other plantings on the road side of the new sewage plant. The species planted included wattles, hop bush and sheoak.

According to research you can grow happier by getting outside and connecting with nature. This was evident on Sunday with many happy faces around and positive comments by participants, especially the children who were very enthusiastic about planting trees and the benefits it will bring for the planet.

Central West Lachlan Landcare (CWLL), Parkes Shire Council, Planet Ark and Toyota are in partnership to organise the local National Tree Day, which is part of Australia’s largest tree-planting and nature care event. Each year over 300,000 people take part in National Tree Day events at 3,000 sites. Since its launch in 1996, more than 21 million native trees, shrubs and grasses have been planted.

In news further away it’s been reported that the African country of Ethiopia broke the world record for the most trees planted in one day with about 350 million trees planted in a single day. This was part of a national green legacy initiative to grow four billion trees this summer by encouraging every citizen to plant at least 40 seedlings.