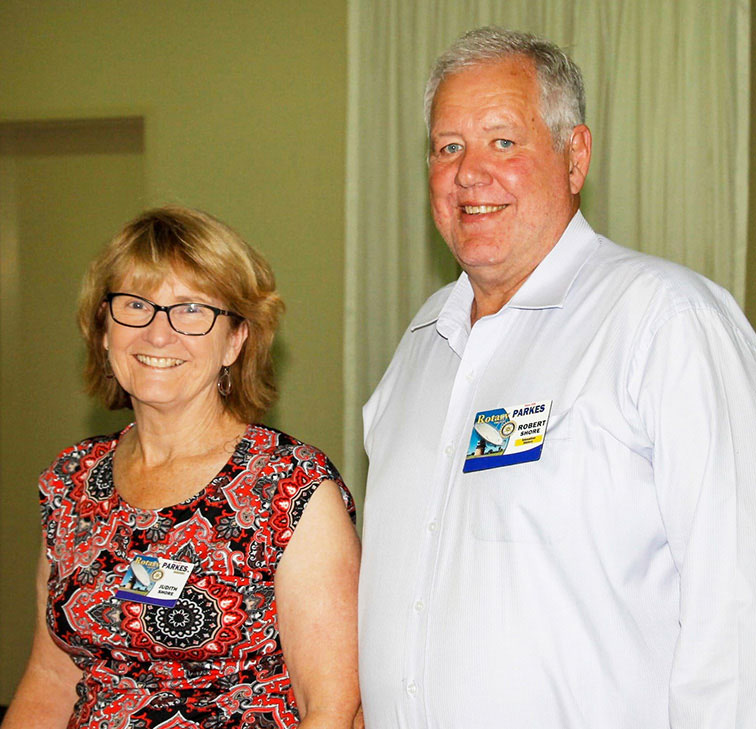 Judy and Robert Shore will be sleeping out on 25th June to raise money for Shelterbox in support of homeless people.

Two Parkes residents will be braving the icy elements on 25th June by sleeping out to raise money for the homeless.

Parkes Rotary President Robert Shore and his wife Judy have taken on the #offthegrid fundraising challenge of the charity Shelterbox, which is supported by Rotary.

“We plan to sleep out at the Jemalong Weir, outside Forbes, without any electricity and electronic devices,” said Robert. They chose a site near a river to make it colder.

The public is invited to support Robert and Judy’s challenge by making a donation on the Shelterbox page https://offthegrid.raisely.com/donate

Shelterbox supports people affected by disasters around the world. Earlier in the year Parkes Rotary donated a ShelterBox in support of the devastation in Haiti. There are currently 113 million people who are homeless because of disaster and conflict. Over the next 20 years the situation is only going to get worse with an estimated 200 million people to be displaced by intensifying storms alone.