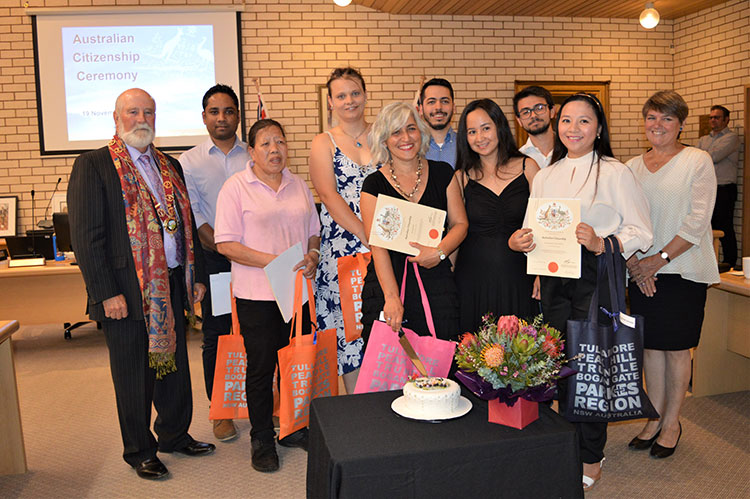 The Parkes Shire Council chamber filled with pride and joy on Tuesday as eight local residents became Australian citizens witnessed by their families and friends.

Mayor Ken Keith congratulated the candidates on their decision to become citizens and said: “I hope that you will embrace the values of freedom, peace, diversity and acceptance that we enjoy in Australia, particularly here in Parkes, and I hope that they are the values that you will pass on to your children.”

The eight new citizens, who came to Australia from five different countries, each received a citizenship certificate signed by the Mayor, a Parkes Shire Council pen in a presentation box, a Parkes booklet and a citizenship poster for the children.

Kate Tique Anzia came to Australia from the Philippines in 2014. She is a carer at the Southern Cross Care Village and enjoys cooking and reading.

Alma Marsh is from Manila in the Philippines and has been in Australia since 2012. She works as a kitchenhand and her interests are gardening, computers, reading and investing in properties.

Ludovico Tiveron moved from Italy to Parkes in 2014. He works as a delivery man at Dominos, and teaches martial arts to a junior class. In his free time he enjoys fishing and martial arts.

Edi Sartori, who enjoys gardening, cooking and crafting, moved to Parkes from Italy in 2014. 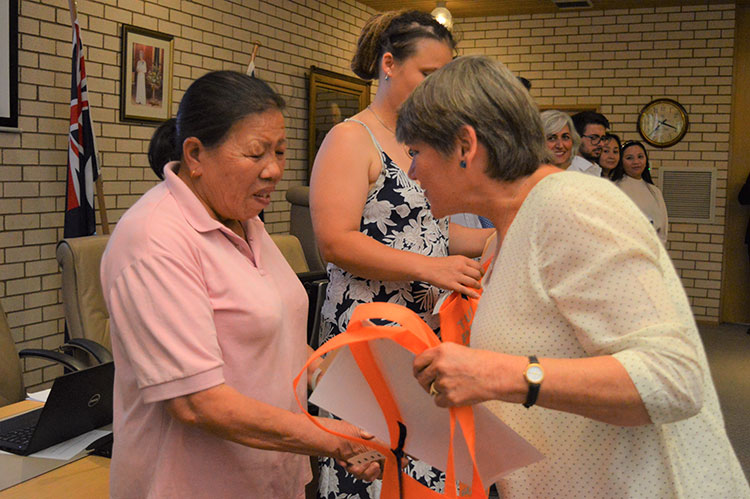 Leonardo Tiveron who also came from Italy, has just graduated as a mechanical engineer at the University of Newcastle. His interests are cars and motorbikes.

Mohannad Islam is from Bangladesh and first arrived in Sydney in 2014. He moved to Parkes in 2018 and works as a mechanical engineer. He enjoys travelling, reading books and watching movies.

Claudia Vejrazka is from Germany and first came to Parkes in 2006 as a vacation student. She moved to Perth in 2009 and in 2011 to Parkes. She is a mining engineer and her interests are permaculture and horticulture. It was an extra special day for Claudia as it was also her daughter’s third birthday.

Kuiju Cai is from China and first arrived in Australia in 1999. She moved to Parkes in 2014 and currently works as a kitchen hand. She enjoys watching TV.

The candidates each took an oath or affirmation, and everyone sang the national anthem after the presentation of their citizenship certificates.

It is a long and often difficult journey to become a citizen making the ceremony a very special milestone day. The joy, pride and honour felt by the new citizens was evident on Tuesday with many of them saying they already felt part of the community.

“Parkes is a great community, and the people are lovely and friendly,” said Edi Sartori. “It is not only an honour to become a citizen, but also makes me feel that I am now a permanent member of the community,” said Mohanned Islam.