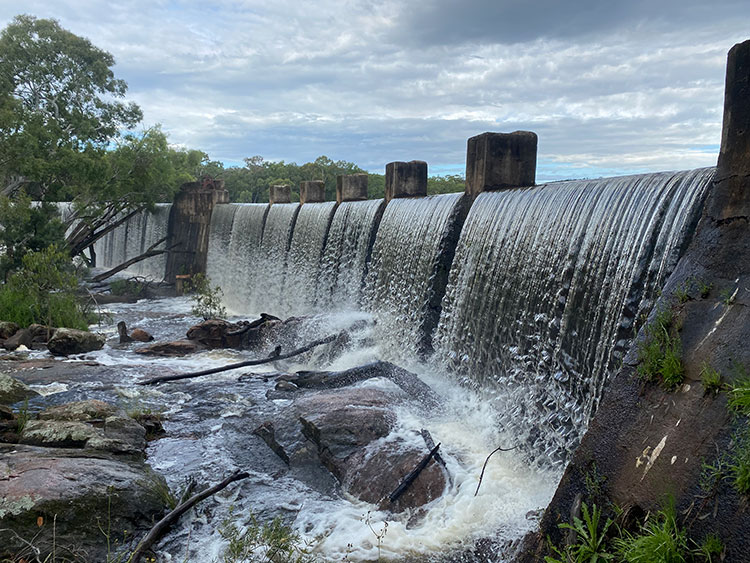 The wild weather last weekend brought hail and bucket loads of rain, serious damage for some, and a lot of anxiety for farmers.

The official figure recorded at the Parkes Airport for the weekend was 45.5mm, but residents around town measured 60mm and some even 79mm just on Saturday.

The rainfall to date this year for Parkes stands at 762.4mm, which is more than three times the amount received in the same period last year when only 212.4mm was recorded. This year’s figure is also above the average of 558.8mm.

While the hail storms caused damage in gardens, it was more severe for some farmers whose crops were wiped out. It has become a nervous time for many farmers in the region waiting to get their first significant harvest in three years with more wet weather forecast for the month.

Farmer Neil Westcott had his headers out on Wednesday on the first of his barley paddocks. “For us here at Alectown like anywhere else in the shire, this harvest is much anticipated and badly needed. The almost perfect growing season since the crop was planted has given us magnificent crops on the verge of a promising harvest.”

“As with all things farming, mother nature would have the ultimate say though. The recent heavy rains along with the hail and heavy winds have reminded us how vulnerable the crops are until safely in the ‘bin’.”

According to the Bureau of Meteorology (BOM) the current La Niña is likely to bring more rain to eastern and northern Australia making it wetter than average for nearly all of Australia.

According to Neil, La Niña summers have a history of making harvests particularly challenging. “Large capacity headers will assist in getting the grain off as quickly as possible, but the sheer size and bulk of the crops this year will make it a slow operation. Any more rain will make getting bogged a real issue if it isn’t already.”

Sharon Woods from the Cooks Myalls/Goonumbla area agreed saying the rain did complicate things and would most likely decrease the test weight of wheat and barley, while the heavy rain made many of the crops lay down, which made it slower and harder to harvest.

She said other farmers who had their canola already windrowed before the rain and hail were finding mould and a lot of shelling out reducing the quality and quantity of what were bumper crops. 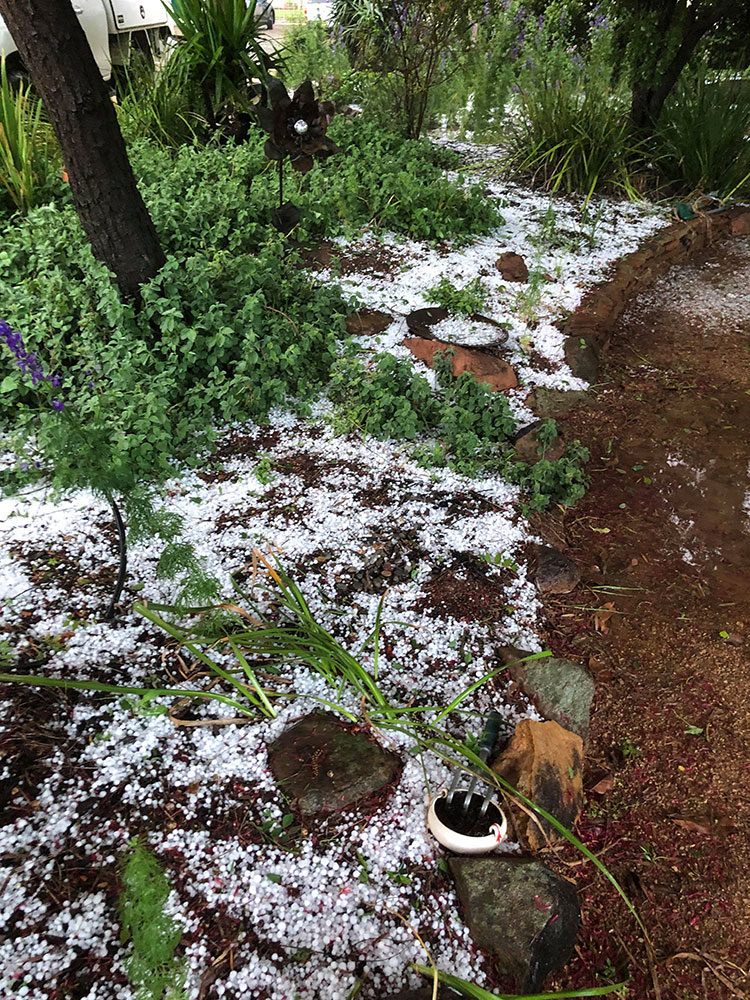 A second hail storm hit Parkes around 5am on Saturday with residents waking up to gardens covered in white ice. (Photo: Cathy Mcpherson)

Most farmers in the shire had been impacted by the recent hail. “Canola seems to have been the most badly affected, but all crops have had yield taken away from them,” Neil said. “For most, it has been light damage but there are some who have had almost 100% damage.”

“Large crops always mean long waits at silos made worse in recent years by the closure of so many of the smaller district storages. Farmers will keep headers going while waiting for trucks to return through the use of on farm storage like silos, sheds, and silo bags.”

“All in all, it will be an anxious few weeks with long days, and our  eyes on our weather apps,” said Neil.