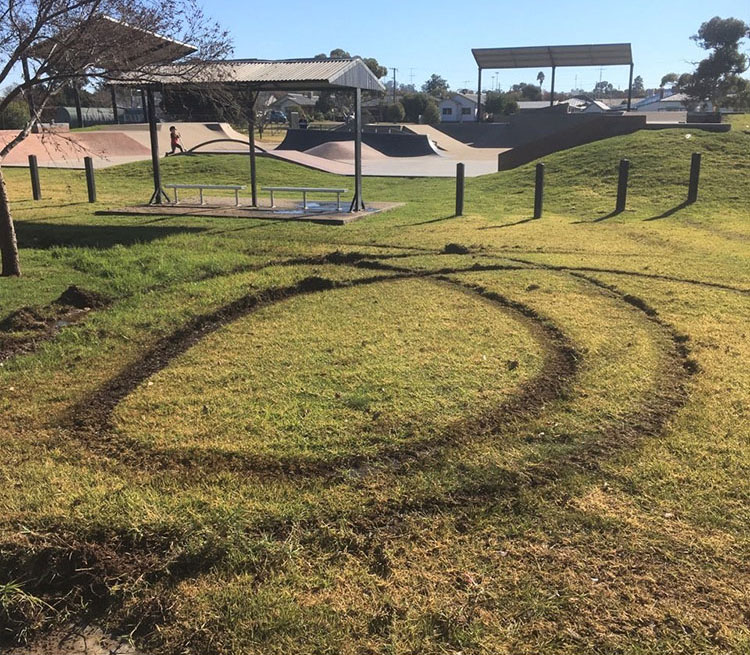 In the latest act of vandalism the turf at the Parkes Skate Park were ripped up by a motor vehicle last week.

The Parkes Shire has seen eight vandalism incidents over the past few months costing the Council $5,000 in repairs to fix the damage caused. “I was incredibly disappointed to see the damage caused to the turf at the Parkes Skate Park, which has been ripped up by a motor vehicle last week,” said Parkes Shire Mayor Cr Ken Keith. Other reports of vandalism were at Harrison Park, with damage to the fencing and sprinklers and at Keast Park, with damage to the pick-et fencing, as well a 100-metre strip of turf being ripped up.