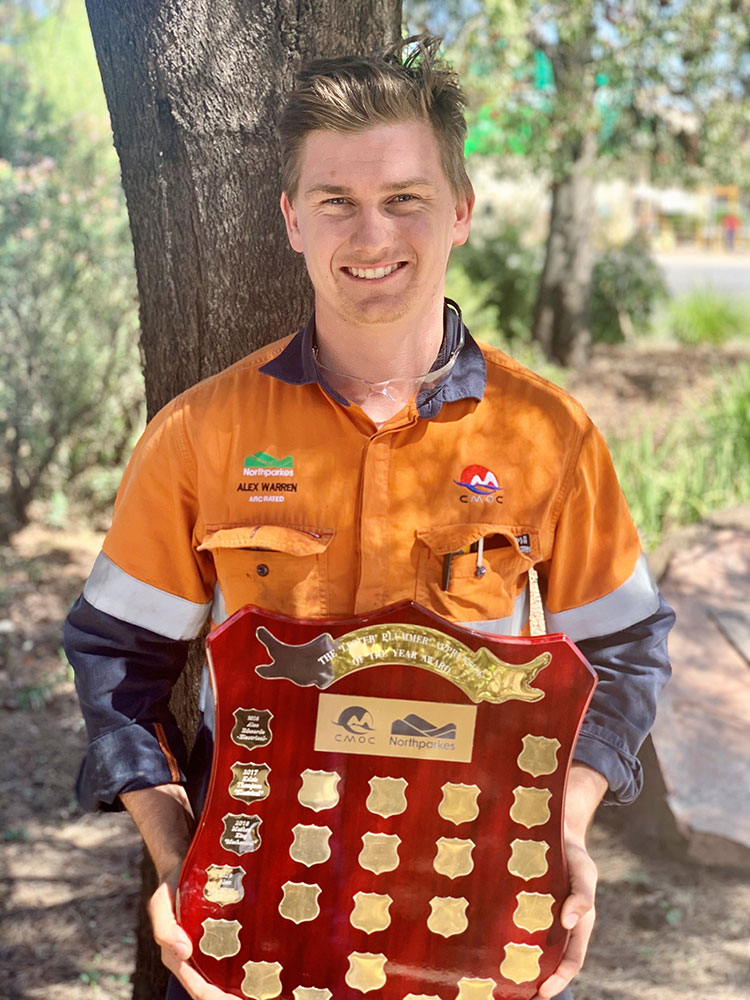 The 2019 Lester Plummer Apprentice of the Year was awarded to Alex Warren at CMOC-Northparkes Mines.

Alex, who is always held in high regard by other tradespeople across the operations, was recognised for his work ethic and attitude, including his drive to always make improvements and the leadership skills he has shown when mentoring apprentices onsite.

“I am a little bit speechless to be honest – I am extremely proud to have received this prestigious award,” he said. “During my time at Northparkes, I have been lucky enough to have had a number of mentors who have helped shape my work ethic and attitude.”

The award was announced at the CMOC-Northparkes Mines annual Employee Pipeline event to celebrate and recognise the apprentices, trainees, graduates, scholarship holders and work placement students.

“The Lester Plummer Apprentice of the Year award was first introduced in 2016, in honour of our friend and colleague, Lester Plummer, who passed away in 2015,” said Stacey Kelly, Manager – People, Safety and Environment. “Lester worked at Northparkes for many years and was always known for his caring and fun-loving nature, combined with his trade knowledge and skills.”

“Our employee pipeline is the future of our business. By building the skills of young people, we are able to build a community of talented and experienced tradespeople whose skills will benefit both Northparkes and the community in which we live and work.”