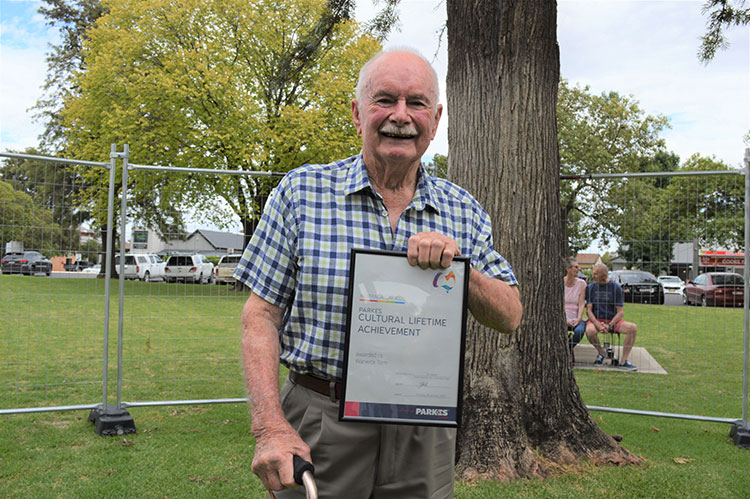 When Warwick Tom unexpectedly became vice-president at the young age of 16, little did he know that 70 years later he would receive the Cultural Lifetime Achievement Award on Australia Day 2021.

“I saw an ad in the paper, went along to a meeting and in February 1951 the Parkes Musical and Dramatic Society was restarted after it knocked off in 1939 at the start of WWII.” (The M &D was first started in 1875.)

Warwick clearly remembers their first production called Private Lives. “We took it to a festival in Orange and won the best dressed award!”

A tragedy played off in Warwick’s own life when he lost his leg in a farming accident and he retired from the M & D for a while. He re-joined in 1971 and has been active ever since, also serving on the Arts Out West board for six years from 1980, and again for the past three years. 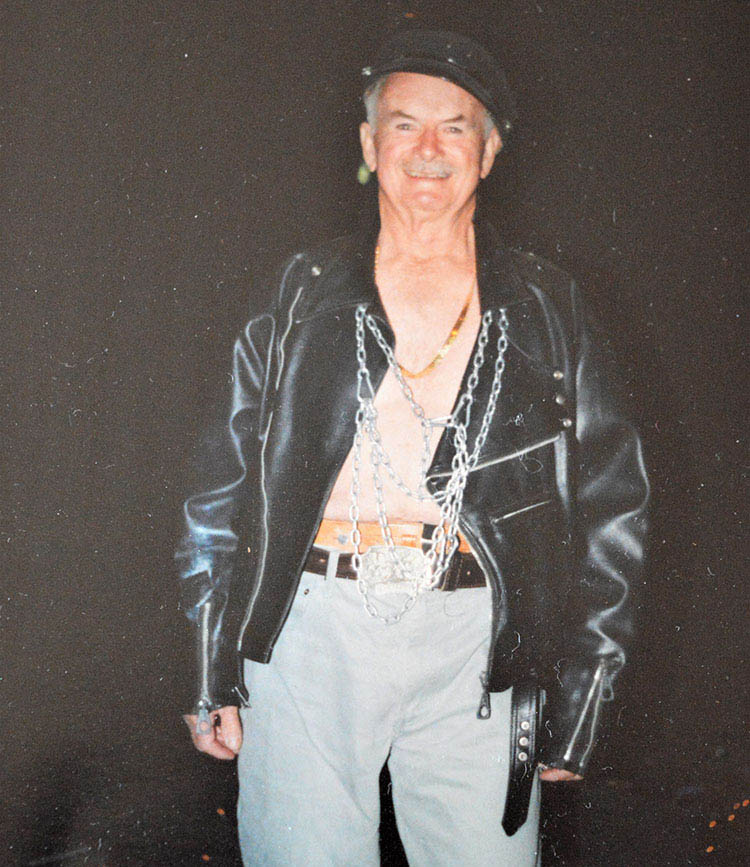 “I tried everything over the years from acting to directing to stage management. I really enjoyed being on stage.” One of his favourite roles was playing a bikie in La Mysticalle in 2003. “I asked Lyn Townsend what my costume would be and she gave me a leather jacket and some chains to put around my neck.” He also enjoyed playing Tom of Warwick in Camelot in 1974, direct-