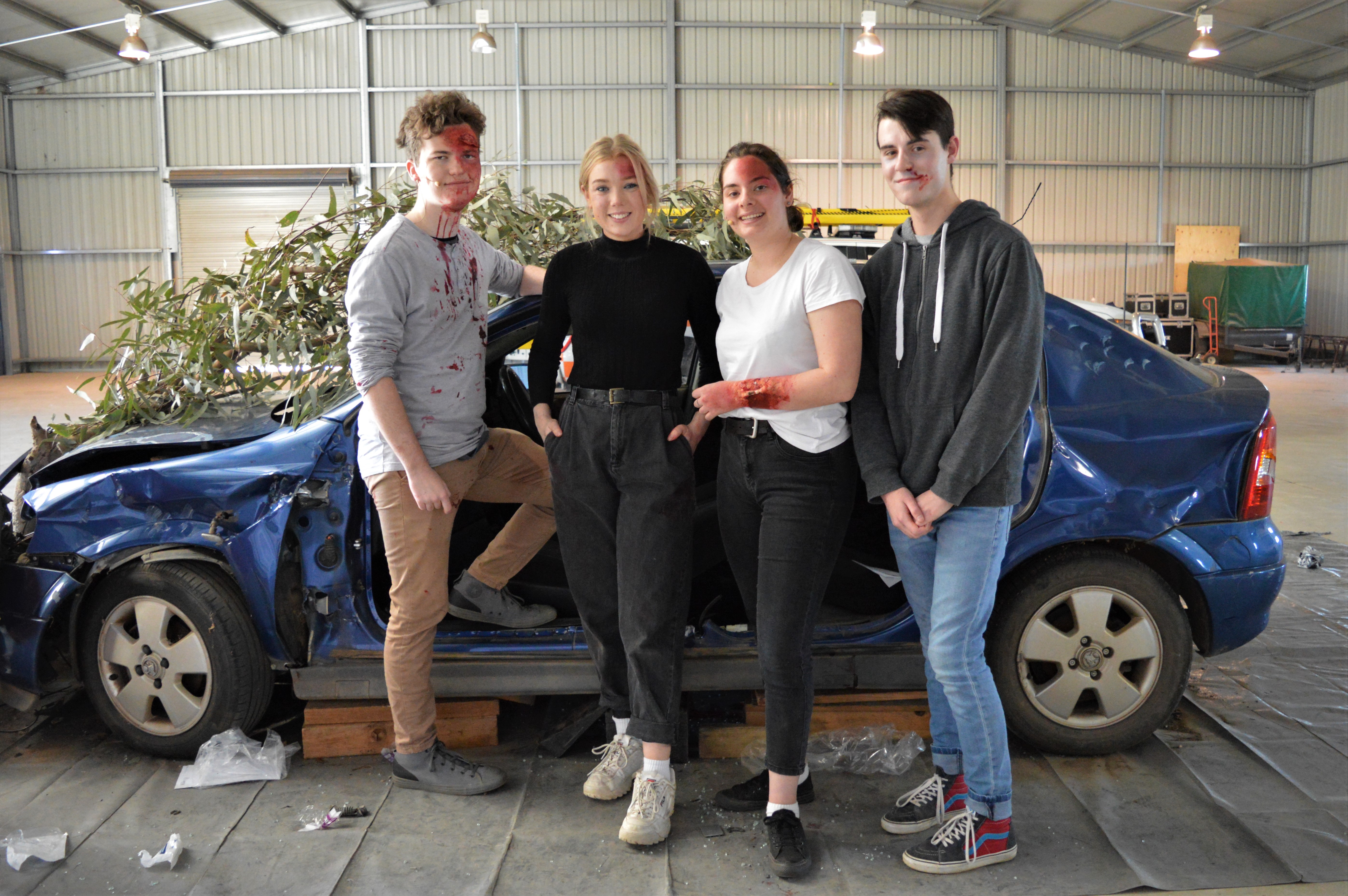 The 11th very real, and at times confronting mock crash demonstration held at the Parkes High School last week once again brought home a very important message to about 500 students from three shires.

The mock crash demonstration, aimed at Year 10 students from the Forbes, Parkes and Lachlan shires, shows a realistic scenario involving a single vehicle accident and response by emergency services. It aims to improve the attitudes and behaviours of young drivers and passengers as particularly red P platers are over represented in crash statistics across the State.

“We work in partnership with NSW Police, SES, and Ambulance NSW to bring home this important message.”

“We based this scenario off actual crashes involving young people in this area.” The demonstration starts with establishing scenes to introduce the four characters, tells the audience what led to the crash, and then there is a full emergency response.