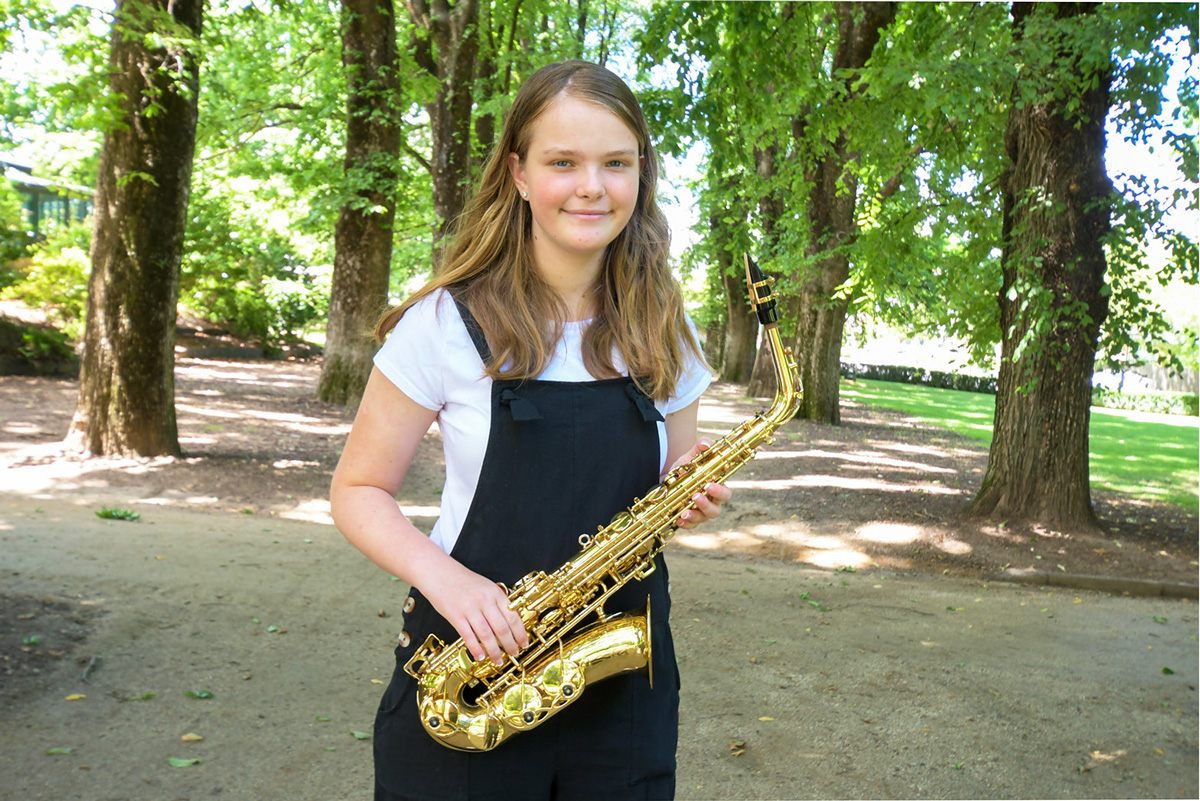 Saxophonist and Kinross Wolaroi student Annabelle van Wyk will be fulfilling a wish many a musician can only dream of when she will be playing in the Carnegie Hall in New York in July.

When former Parkes Christian School student Annabelle van Wyk tried out busking on the streets of Peak Hill when she was nine years old, she could not have imagined she would be performing on the most prestigious concert stage in the United States only five years later.

Annabelle is the winner of the Intermediate category (13-15 years) of the ‘Golden Classical Music Awards’ and in July she will join other winners in a recital at New York City’s famous Carnegie Hall.

The purpose of the ‘Golden Classical Music Awards’ is to discover artists of outstanding personality and launch them on the international stage.

Anabelle was among musicians from 33 countries to enter the awards this year. “I’m very grateful and excited to be playing in Carnegie Hall! I was also very surprised to have won the competition considering so many young, talented musicians enter. It’s been a dream of mine since I was very young to play overseas and in a big music hall like Carnegie Hall,” Annabelle said.

She had to record a classical piece for the competition, and she chose Concertino for Saxophone, Opus 78 by Jean-Baptiste Singelee. She will be playing the same piece in New York when her dad Jacques accompanies her on the biggest adventure of her five-year musical journey with the saxophone.

“I have always wanted to play the saxophone, however the teachers at my school refused to allow me to take lessons as my fingers were too small. I am quite stubborn and refused to play another instrument, so they finally agreed to let me start lessons,” said Annabelle, who also plays in the Symphonic Wind Orchestra branch of the Sydney Youth Orchestra.

Since her first performance as a busker when she did not even have a mic or speaker, Annabelle has gone on to collect an impressive list of achievements, but playing on stage where the world’s greatest have gone before at the age of 14 is just remarkable.