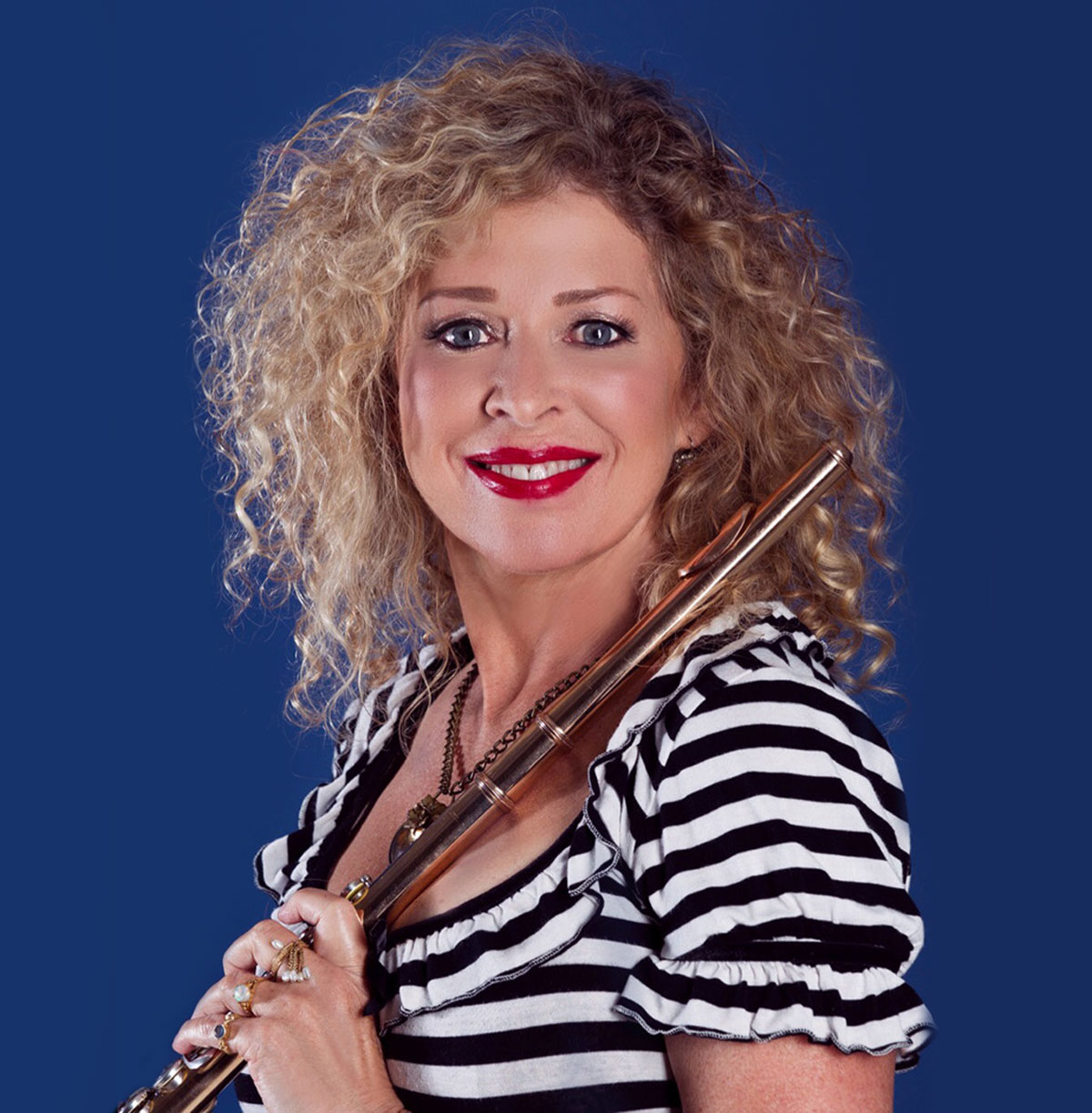 Jane Rutter, known as Australia’s Flute Queen, has been named the 2022 Australia Day Ambassador for the Parkes Shire.

Jane received the prestigious Chevalier des Arts et Lettres (‘Knight of the Order of Arts and Letters’) award from the French Government in 2016 in recognition of her significant contributions to arts and literature in France.

Jane studied under the great French flute players Jean-Pierre Rampal and Alain Marion, and has become one of the few flautists in the world who has successfully crossed over into the world of jazz, pop and cabaret.

Known for her onstage warmth, she brilliantly conveys passion, sparkling technique and elegance of expression through her beautiful flute playing.

Jane is a Fellow of the Australian Institute of Music, an award-winning TV presenter and multi-ARIA (Australian Grammy) nominee and has appeared as soloist with many orchestras including the Australian Chamber Orchestra, and on the same bill as Pavarotti, Carreras, The Manhattan Transfer, Tina Arena, Tommy Emmanuel, Michael Crawford and many others.

Jane is renowned for her relaxed onstage charm and musical imagination, and is also an inspiring music educator and lecturer in performance pedagogy, flute and chamber music. She spends time on environmental issues, and during the COVID-19 pandemic, she created a series of online meditations to assist those with stress.

Jane is in demand as an artistic director and composer. Her Live at Lunch series at The Concourse, Chatswood is one of Australia’s most successful concert series. Jane has become a household name in Australia and has been featured on 60 Minutes, and in Vogue Magazine.

“We are honoured to have Jane attend our special Australia Day activities at Peak Hill and Parkes, as well as present the Citizenship, Cultural and Sporting Awards during the official ceremonies,” said Parkes Shire Mayor, Cr Ken Keith OAM. “We look forward to hearing about Jane’s worldwide experiences, travels and performances.”