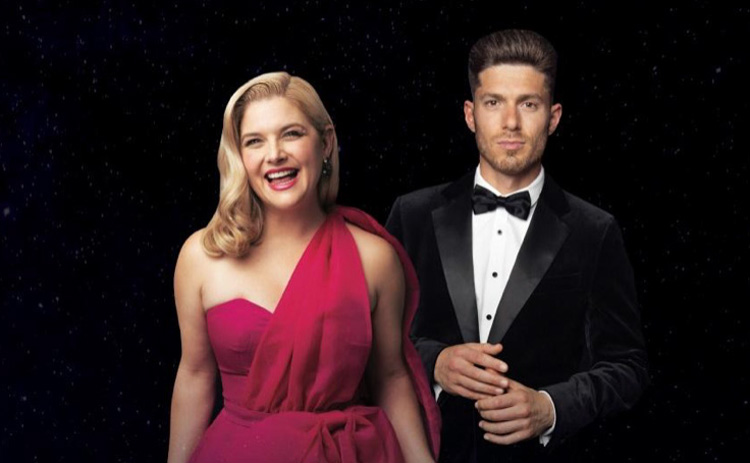 April is going to be a huge month in Parkes and it starts on the 2nd when two of Australia’s leading stars on stage and screen will be gracing our very own Cooke Park Pavilion for an enormous celebration of musical theatre, with a light touch of opera.

Headlining Overture will be Lucy Durack and Josh Piterman supported by other well-known performers, as well as local and regional talent.

Lucy has been described as the human personification of sunshine. The former star of the Australian production of Wicked is one of the most sought after people in show business and juggles a busy career of being an actress, reality TV star, mum and queen of Australian musical theatre.

She was born in Perth and after graduating from the Western Australian Academy of Performing Arts she was cast in a variety of productions, but became known for playing the role of Glinda in the Australian production of Wicked for four years from 2008 to 2011. She was revealed as the Cactus in the second season of The Masked Singer Australia.

Josh is an established musical theatre performer and classical crossover artist who has been working on Australian and UK stages over the past 15 years. He will be taking on the most coveted role as The Phantom in the Phantom of the Opera at the Sydney Opera House from August this year after his impressive West End debut in London in the same role in 2019.

His past credits include being a part of international pop opera group The Ten Tenors, Tony in the 2010 Australian production of Westside Story, Bustopher Jones/Gus/ Growltiger in the 2015/16 Australian season of Cats – a role that won him the Green Room Award for best supporting actor in a musical.

As part of the Overture performance, UpStage Australia have partnered with Parkes Shire Council to bring a series of workshops, classes and seminars to the Central West alongside the concert. Visit www.visitparkes.com.au for tickets and further information.