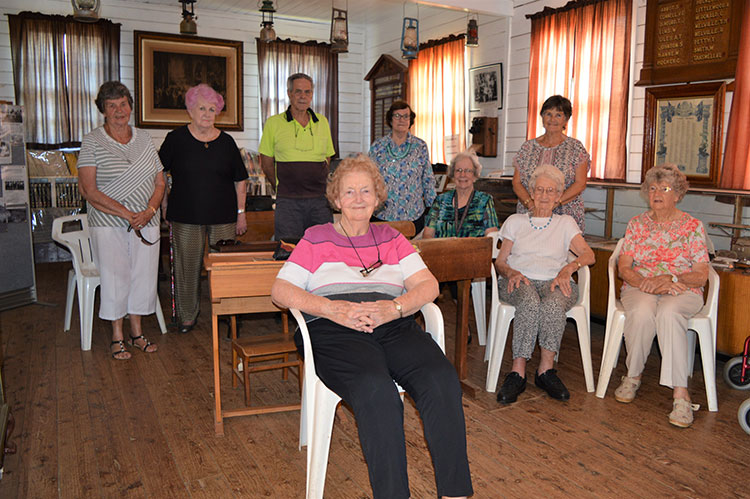 It was a real trip down memory lane for some members of the Anglican Women’s Association when they visited the Henry Parkes Museum last Wednesday.

The group of eight women decided to move their monthly meeting to the museum to watch the Art of Resilience video after reading about it in The Parkes Phoenix. They were all very impressed with the art talent among young people in the Parkes Shire saying it was wonderful that the students had such a great outlet for their artistic creations.

The video is currently being shown in the Wongalea School building at the museum. It was when someone asked if anyone had gone to school in the building, when the memory flood gates opened and the stories started flowing. 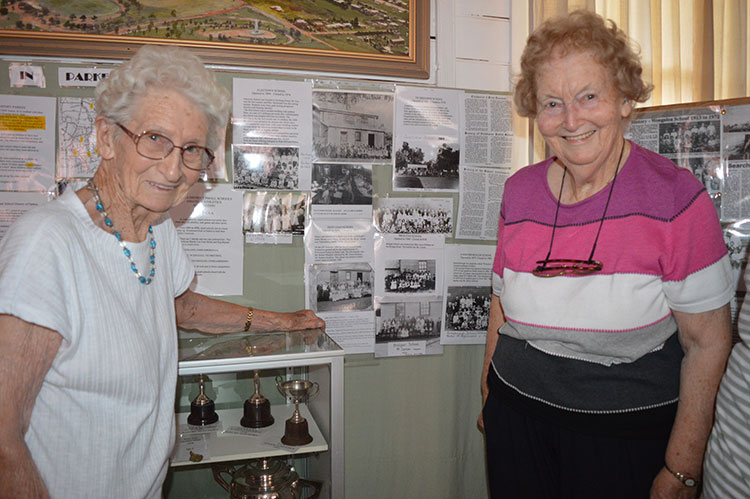 The two sisters Loris White and Vivienne Cunningham reminiscing about their days when they attended the Deap Lead School.

Vivienne Cunningham said her husband attended the Wongalea school and he told her how they used to hide out the back of the building and got into trouble for it. “They were probably out there smoking,” said someone with a naughty smile.

Vivienne started looking at the display of the other one teacher schools on the wall and got very excited when she found her alma mater, Deep Lead School which she attended up to 6th class. She called her older sister Loris White over and together they found some familiar faces on the photos.

“I have the best memories from that time,” said Vivienne, who is 87. “We loved playing games like Jack and tunnel ball. The tennis club was also very active. The school picnics were just wonderful – we always had raspberry drinks in big China cups.”

For Loris, who had turned 92 a few days before, the school concerts were a high-light. “I learned to play tennis at school too.” Living about 4.5 miles from the school, the Cheney sisters first went to school by horse and sulky, and later rode their bikes and eventually were taken in a Chrysler car.

Deep Lead School, about 8km west of Parkes, was open from 1888 to 1947. At the time of the Cheney sisters there were about 20 students in the school.