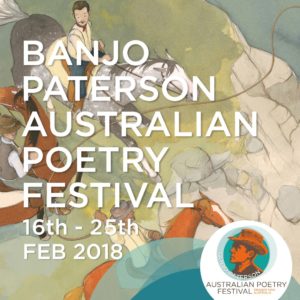 Orange will be celebrating one of Australia’s most iconic poets for the fifth time this year with the Banjo Paterson Australian Poetry Festival from 16th to 25th February. A.B ‘Banjo’ Paterson was born on the property “Narrambla” in the Orange region on 17th February 1864, and grew up to become one of Australia’s literary legends.

“Banjo’s country childhood had a strong influence on him, being considered the bard of the bush for iconic poems such as Waltzing Matilda, The Man From Snowy River and Clancy of the Overflow,” said Justin Byrne, festival chairman.

For the second year, the festival is broadening its scope to embrace the Wiradjuri nation’s cultural heritage, to simultaneously acknowledge the traditions and culture of the first people with the region’s European pioneering heritage. Indigenous Cultural Tours will be hosting tours with local elders to ceremonial and sacred sites in the area.

The full festival program is available at www.banjopatersonfestival.com.au