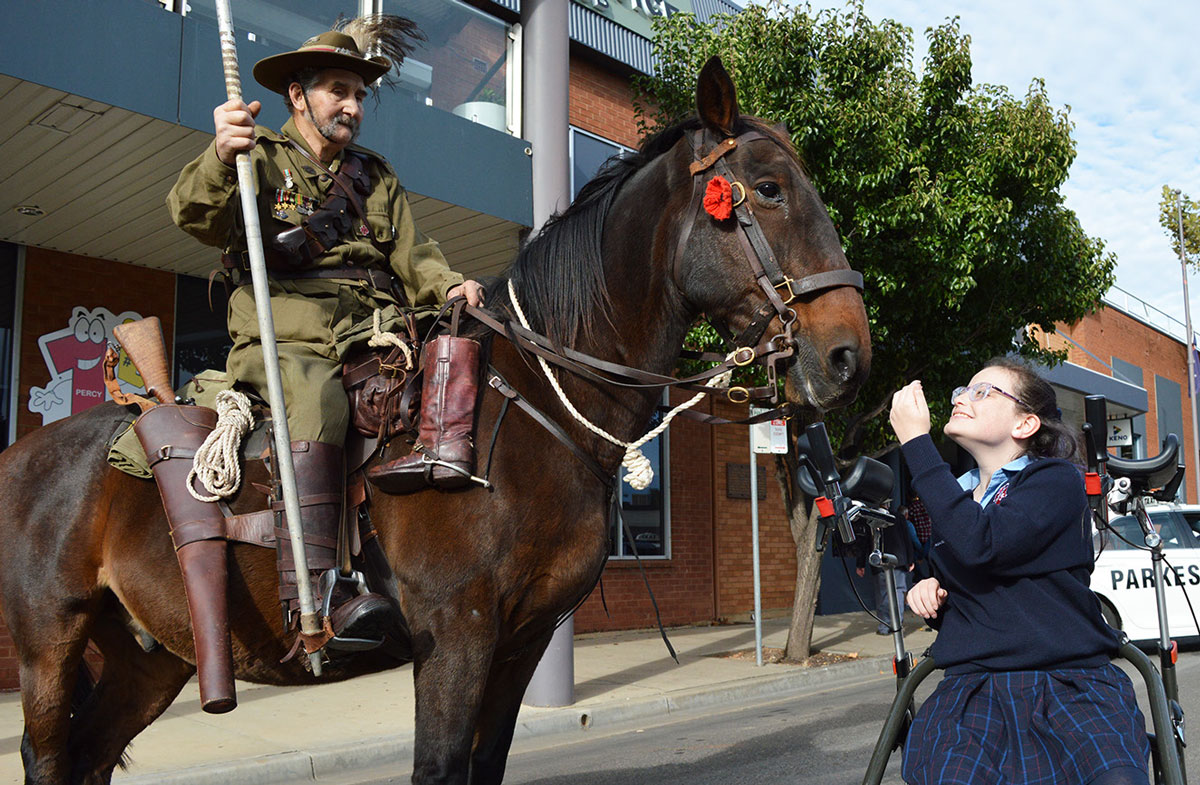 The commemoration of Anzac Day in Parkes on Monday was the biggest in recent memory with well over 1,000 people attending the Dawn Service and March, and over 400 the ceremony in Cooke Park.

“It is the biggest ever in my time,” said Paul Thomas, Parkes Sub Branch secretary. “I have never seen Memorial Hill so packed for the Dawn Service.”

Paul said many visitors from the Elvis Festival stayed on to attend the Parkes commemoration. He was equally impressed with the support from the schools and the number of students who turned up to take part.

The guest speaker, Major General J Paul Stevens, AO (retired) said the strength of Anzac Day had waxed and waned over the years, “but I think it will remain strong for three reasons”.

He said firstly the date of 25th April was not a date to celebre a victory, or mourn a defeat, but a day to recognise the human cost of war.

Secondly, the name of the day did not represent a battle or a place. “Anzac was a name for a group of people and it is people who are the focus of this day. We do not mark this day with military parades and shows of might and power. We mark it much more personally.”

The third reason he said was what some would call the Anzac spirit and the values of courage, endurance, mateship and sacrifice. “The world changes daily and we change with it, but these values endure especially in tough times. We see them in our communities in times of bushfires or floods, we see them in our emergency services, in our health services as we have done during the pandemic, in the defence force, and today on Anzac Day. We remember those who served, and give thanks for the example they set for us.”