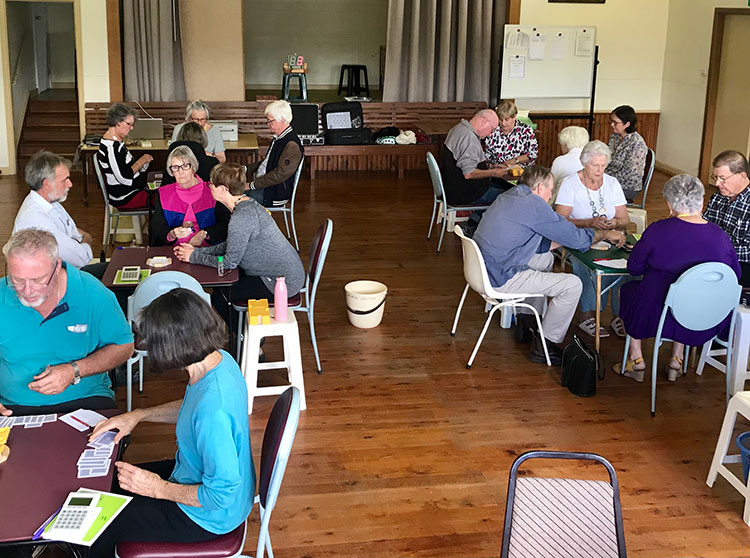 Members of the Parkes Bridge Club at play.

Some interested readers are asking about bridge basics. So, let’s begin with working out how many high card points you have in your hand. To count your points, you add the honours (picture cards) from your thirteen cards. Four for aces; three for kings; two for queens; and one for jacks. Generally speaking, you need 13 points to open the bidding. You will learn about exceptions as you go. Players bid in turn around the table. If you have to pass on the first round, because you don’t hold enough points, never fear. You can come in and bid on subsequent rounds, until three players pass in a row, putting an end to the bidding.

Look out for more information on bidding in the coming weeks. Or better still, come to the Parkes Bridge Club and find out more.