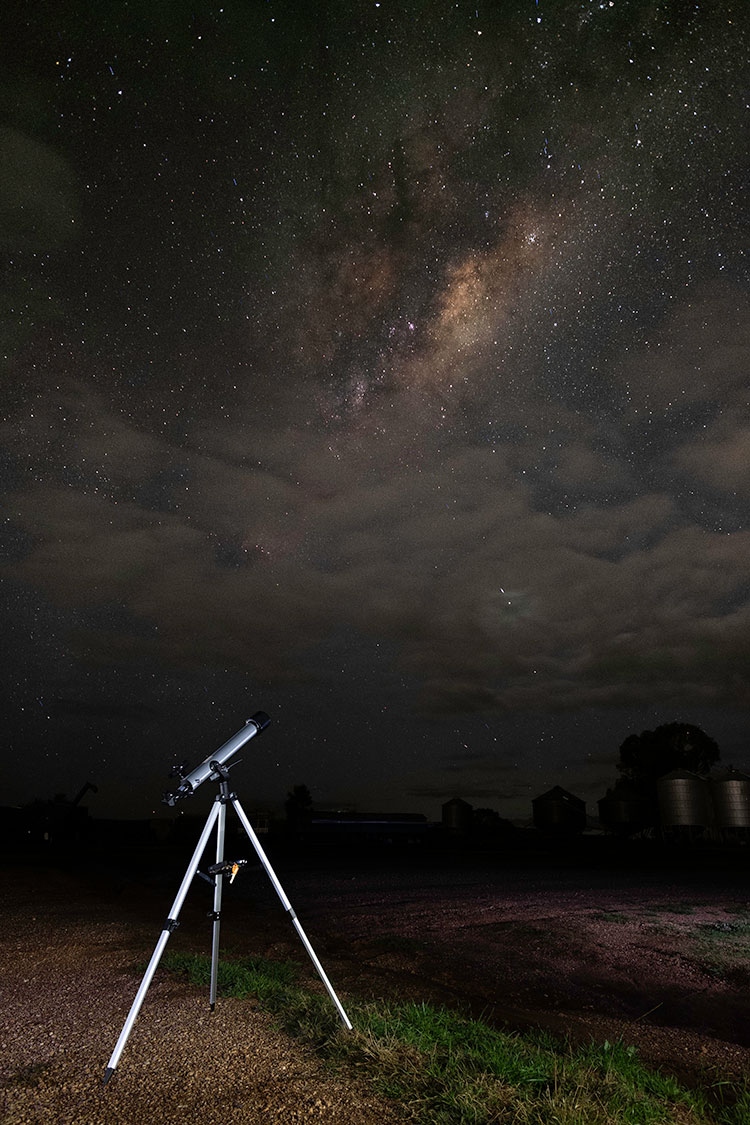 A 12-year-old Parkes photographer has made sure to add some local flavour to the prestigious David Malin Awards for astrophotography.

Ella Harbidge took out the Photo Editor’s Pick award in the junior category for her picture titled, “Always Look Up”, while Mark Polsen from Eaglehawk, Victoria was named the overall winner during last Saturday’s special online presentation of the Central West Astronomical Society’s annual event.

The first-time overall winner’s evocative nightscape image is titled “Tranquillity Base” and has it all according to world renowned astrophotographer Dr David Malin, who judged the entries. “A perfect setting, under a beautiful sky with the moon and Venus peeping through the trees,” said David of the image that Mark took 30 minutes after sunset.

“I am just blown away by everything I saw and love everyone’s work.Thank you so much for the acknowledgement of my work,” said Mark.

“The competition gets harder to judge every year, as the entrants polish their skills to reveal more and more of the universe around us, with beautiful, scientifically informative images,” said David.

The 253 entries received from every state and territory is above average for the 17th anniversary of the competition. “The high quality of the images is a testament to the outstanding skills and talents of Australian astrophotographers”, said AstroFest organiser John Sarkissian.

He was very excited that the winners this year included the first ever category win for a woman. Belinda Wickens won the Animation – Aesthetic category, and also com- posed and sang the music for her stop motion video.

The competition’s associated exhibition will be opened in the CSIRO Parkes Observatory Visitor’s Centre later in the year, when the COVID-19 restrictions have been eased further. A second touring exhibition, organised by the Museum of Applied Arts and Sciences, will travel to selected venues throughout Australia.