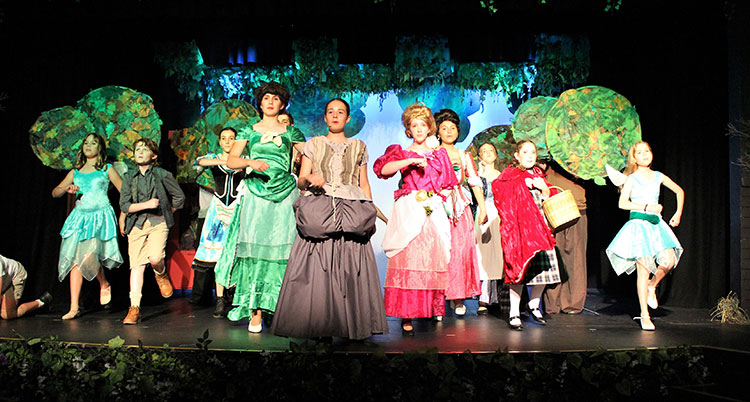 When a baker and his wife learn they’ve been cursed with childlessness by the witch next door, they embark on a quest for the special objects required to break the spell: Cinderella’s shoe, Rapunzel’s hair, the famous red cape…

More than 60 juniors auditioned for roles and Director Lisa Ramsay ended up with a cast of 43 ranging in age from seven to 18. She decided to create scenes with ensembles to increase the cast from 21 to give more juniors the opportunity to be part of the production.

“The story has lots of humour putting well-known fairy tales into a brand new light,” said Lisa of the production that is also quite different as there are not the usual one to three main leads. “We have a main group of about seven leads, and then another group of semi-leads plus groups of ensembles.”

She would like to see the community come out and support the young cast who gain so much from being in the M & D performing on stage. “I am very proud of the cast and their dedication in learning their lines and focus on characterisation.”

The first performance is tonight and Into the Woods Jr will go for three weekends until 22nd March with afternoon and evening shows. There will be an autism friendly show on Saturday, 14th March at 2pm. Tickets are available at www.parkesmandd.com.au or at Regional Business Supplies.