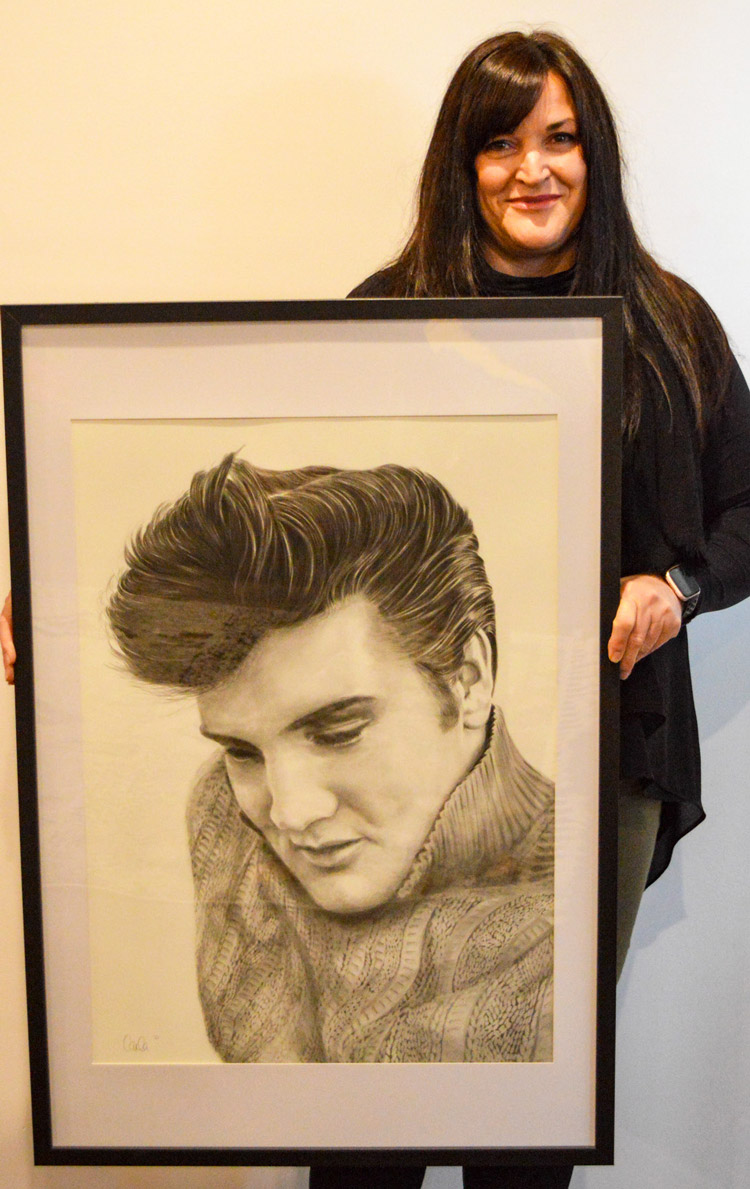 Carla Ash received the most votes for her portrait of Elvis in the People’s Choice Award.

The group had over 120 artworks and about 18 pieces of pottery sculpture for its Elvis-themed exhibition held in the Uniting Church Hall during the festival. Some of the artists’ grandkids also entered works for the exhibition.

“We had more than double the amount of people this year compared to previous exhibitions at the Elvis Festival with 759 visitors,” said President Kerrie Davies.

All the visitors cast their vote for the People’s Choice award and Carla Ash from Parkes received the most votes at 130 for her graphite drawing of Elvis she called ‘Are you lonesome tonight?’.

Carla was very surprised with her win saying she only draws when she has time, but has been inspired to join the Parkes Painting Group.

Kerrie said about 15 paintings were sold, with one going as far as Tasmania.

“We are very happy with the outcome of our exhibition, and are already planning to go bigger and better next year.”