Last Saturday’s winners at the Parkes Golf Club were David Stevenson with 40 points in the men’s competition. He was also the Handiskins winners. In the women’s competition Anita Medcalf was the winner with 41 points.

Robert Hey and Lynne Guise retained their crown as the Parkes Golf Clubs Mixed Foursomes Champions with a narrow one-shot victory over Ian Phipps and Kaye Jones on Sunday.

In the Consolation Division junior lady golfer Kasey Fay-Rice made it back-to-back titles when she teamed with Peter Bristol to take the title on 146, some 9 shots clear of Vince Kelly and Sue Holman.

In the Liz Matthews-sponsored handicap section Ian Phipps and Kaye Jones finished on 109.25, which were 2.75 shots clear of the runners-up Steve Simpson and Cathy Kelly. In the consolation section Tim Burke and Margaret Stone spreadeagled the field after returning a great 104.50 nett, some 10 shots clear of the eventual runners-up Vince Kelly and Sue Holman. 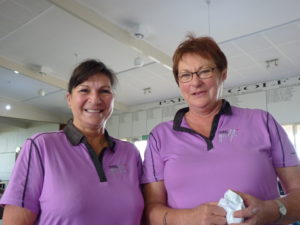 Runners-up were Cameron Butler and Lachlan Buesnell who finished on 161, some 8 shots behind the victors.
In the consolation division Tony Hendry and Peter Bristol spreadeagled the field to take their first championship title by 10 shots from Michael Smith and Wayne Parker. Like the winners they also had success in the handicap section.

Both Guise and Jones, and Staples and Wakefield also snared the events handicap divisions which were sponsored by Network Video and Parkes Betta Home Living.