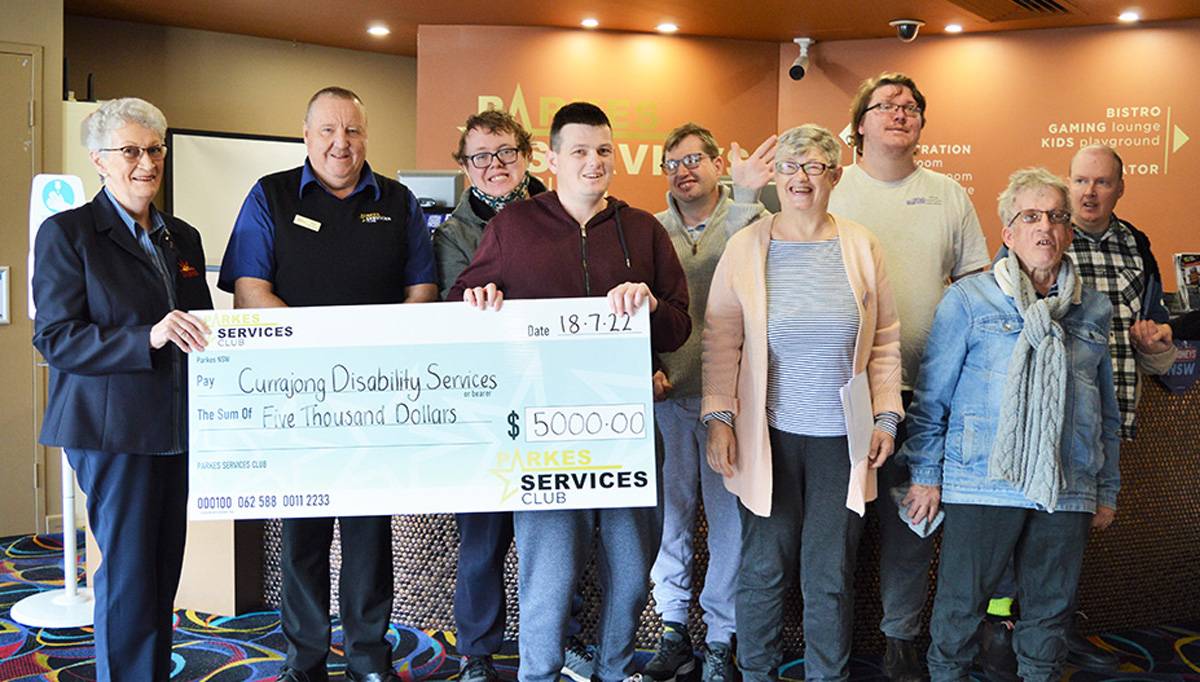 The Parkes Services Club has stepped up again for the sixth year running to sponsor the transport of about 30 players to get to Orange once per month to play in a post school options bowling league.

“The $5,000 donation enables the players from Parkes, Forbes, Peak Hill and Condobolin to all travel together in a bus,” said Doug Pout from CDS. “Competing and socialising with their peers in the region means the world to them.”

Parkes Service Club General Manager Mike Phillips said the board was very passionate about helping the team to go to Orange every month.