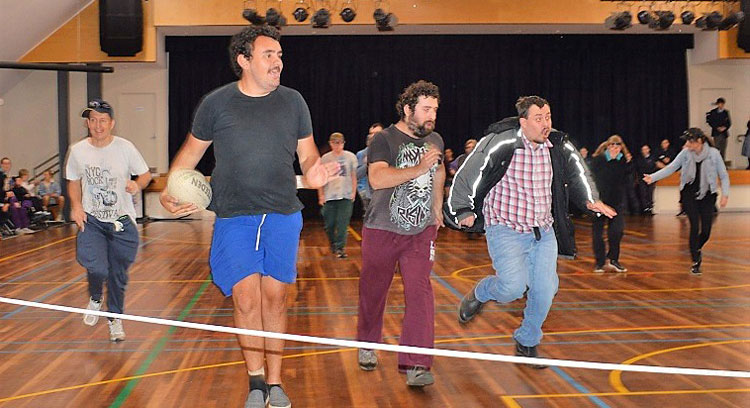 The day started with all participants marching in their sports colours to the playing of bagpipes and the Red Bend drummers. CDS claimed the coveted anniversary Forbes Advocate trophy for their proud marching behind their banner.

The event, founded by Dianne Decker AM, is held annually at the Red Bend Catholic College with the students assisting in all aspects of the day. To mark the anniversary this year, participants received a special medal provided by OCTEC.

Starting in 1981, the sports day involved wheelchair sports held at the Forbes Showground. A few years later many participants were involved in the Paralympics which led to the sports day evolving into a day for intellectually disabled participants to be included. Many schools and groups from Canberra, Sydney and the Central West became involved at this time and students were able to compete in events such as swimming and athletics races.

Now 40 years on, the Special Sports Day is held at Red Bend College giving students an opportunity to be involved in organising the races, calling the races and supporting all the visitors.

“The day is about inclusiveness, having fun and participating in different
sports events with others from around NSW,” said Dianne Decker.

“This day could not operate each year without the ongoing support of OCTEC, Molly Nelson running the cafe and the Red Bend College and its students,” said Dianne.

Thomas Davis of CDS had fun at the event saying: “It’s a great day to catch up with friends especially since COVID stopped last year’s event.”

Teammate Neil Hamilton also commented on how much all the participants loved the day out. “They all enjoyed it and are already planning for next year!”