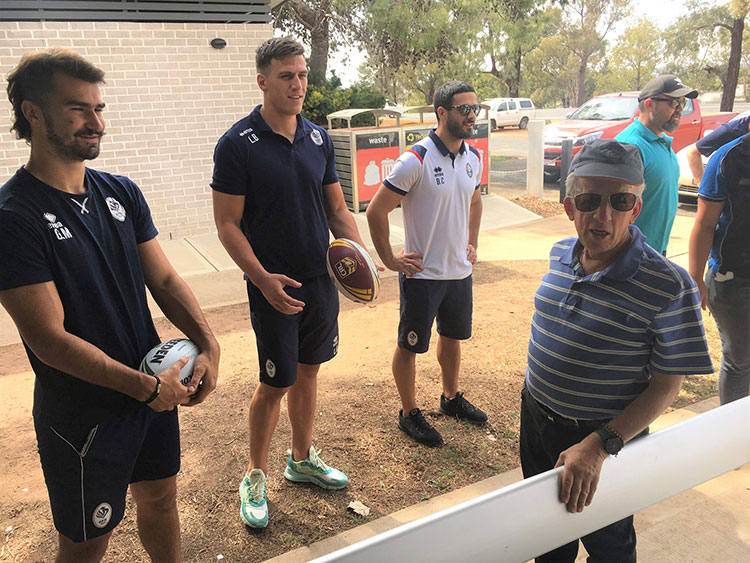 John Carrey (right) of Currajong with members of the French rugby league side.

Part of the team’s program included morning tea with clients at Currajong Disability Services. The top class French players were more than happy to interact, chat to and play with participants in a number of football passing games and it wasn’t long before Currajong clients took centre stage.

“The Chanticleers have had a jam-packed promotional schedule since arriving in Parkes with Currajong being one of our most important,” said Team Manager Tas Baitieri.

“We’ve had visits to Peak Hill, Trundle, Forbes and Manildra during our four-day stop in the region. “Yet it’s moments like this that will live long in the memories of our squad,” Tas said.

Currajong’s Timbo Wheeler echoed the sentiments of the French. “I think it’s great they came and saw us. It makes us feel special. They are really good people,” he said.

“Our guys loved it!” said Indigo Kriedemann of Currajong. “They all had a blast and most love their footy, so meeting these stars is a big day for them,” she said.