Plant biologists at the University of Western Australia (UWA) have revealed the relationship between plants and the parasite that causes malaria is close enough to mean many antimalarial drugs are effective her- bicides.

The work offers a new take on an evolutionary connection made in the 1990s when herbicides were shown to interfere with processes in the malarial parasite.

The research, published in Scientific Reports, shows that the extensive knowledge of antimalarial drugs could be applied to creating much-needed new herbicides.

This line of thinking began in 2008 when Dr Joshua Mylne, a plant geneticist, enlisted in the Army Reserve and was assigned to the Australian Army Malaria Institute in Brisbane.

Dr Mylne said almost 20 years ago, researchers used herbicides to prove that the malarial parasite Plasmodium contained an organelle that was essential and did many of the same things plant chloroplasts did. 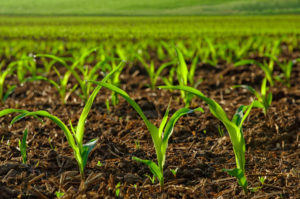 “Subsequently, herbicides were used as starting points to develop new antimalarial drugs, but thinking seems not to have extended in the opposite direction,” Dr Mylne said.

“There is an urgent need for new herbicides and in particular ones that work differently or have different targets; a feature called the mode of action.”

Dr Mylne, now a principal investigator with UWA’s School of Molecular Sciences, affiliated with the national ARC Centre of Excellence in Plant Energy Biology, said herbicides were integral for modern day agriculture, but the success of glyphosate and spiralling costs to develop new herbicides had stymied progress.

“In the past 30 years no new herbicide mode of action has been brought to market during a time that over 500 new cases of herbicide resistance have appeared,” he said.

Co-author and organic chemist associate professor Keith Stubbs said antimalarial drugs were ideal as starting points because they were non-toxic to humans and often had the right chemical properties to also af- fect plants.

Lead author and PhD student Maxime Corral said the finding would enable researchers to use knowledge about antimalarial drugs and even the drugs themselves to develop new herbicides against weeds.

“Making this connection doesn’t just mean working with antimalarials such as herbicides, it also means you can think about what antimalarial modes of action are not being exploited by herbicides and whether they could be.”

“Despite decades of use, the way some antimalarial drugs work remains unknown,” Dr Mylne said.

“Plants are easy to work with so we might be able to use plant genetics to reveal how antimalarial drugs work”.