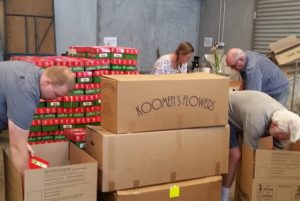 There is an abundance of Christmas spirit in the Parkes community as the Samaritan’s Purse Operation Christmas Child was supported in a big way. A total of 420 boxes were filled with gifts to be sent to children all over the world. It is a great improvement on the 300 that were collected last year. “It was a great opportunity for parents and
grandparents to sit down with their kids and teach them about how many people in the world live in poverty compared to us,” said Alice Milne, who co-ordinated the effort.

Contributors are able to follow their box online to see where it goes. “Thank you to everyone who contributed and we look forward to collecting even more boxes next year!” said Alice.