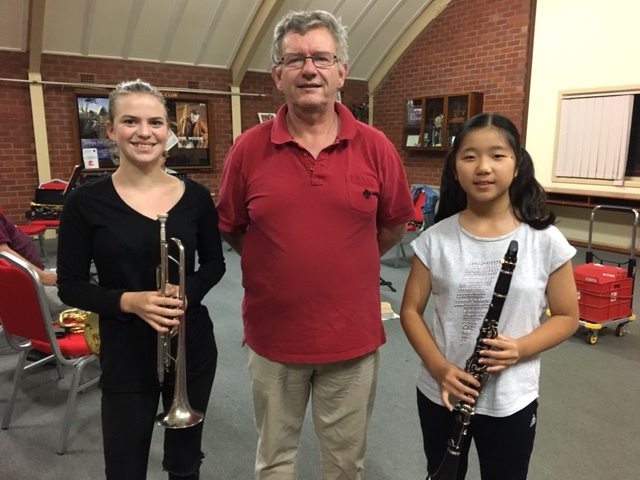 Amelia Leach and Hanah Kim are both new residents to Parkes.

The band also welcomed Steve William, a visiting musician from Sutherland Band who did contract work in Parkes. PSCB also collaborate with music groups in the Shire. Some members recently played in the fabulous Anne of Green Gables band.

The next venture is the New Harmonies Concert with primary schools, community singing groups and Lachlan Regional Orchestra at the Parkes Services Club on 2nd June at 2pm for an afternoon of community music.

The band has an open invitation to anyone interested in learning to play an instrument, or anyone wanting to pick up an instrument again. Rehearsals are every Tuesday during the school term: beginners 6:30-7pm; juniors and seniors 7-8pm, main band 8-9pm. Contact Duncan Clement, PSCB Music Director, on email: duncanclement@ hotmail.com or on 0405 035 164.