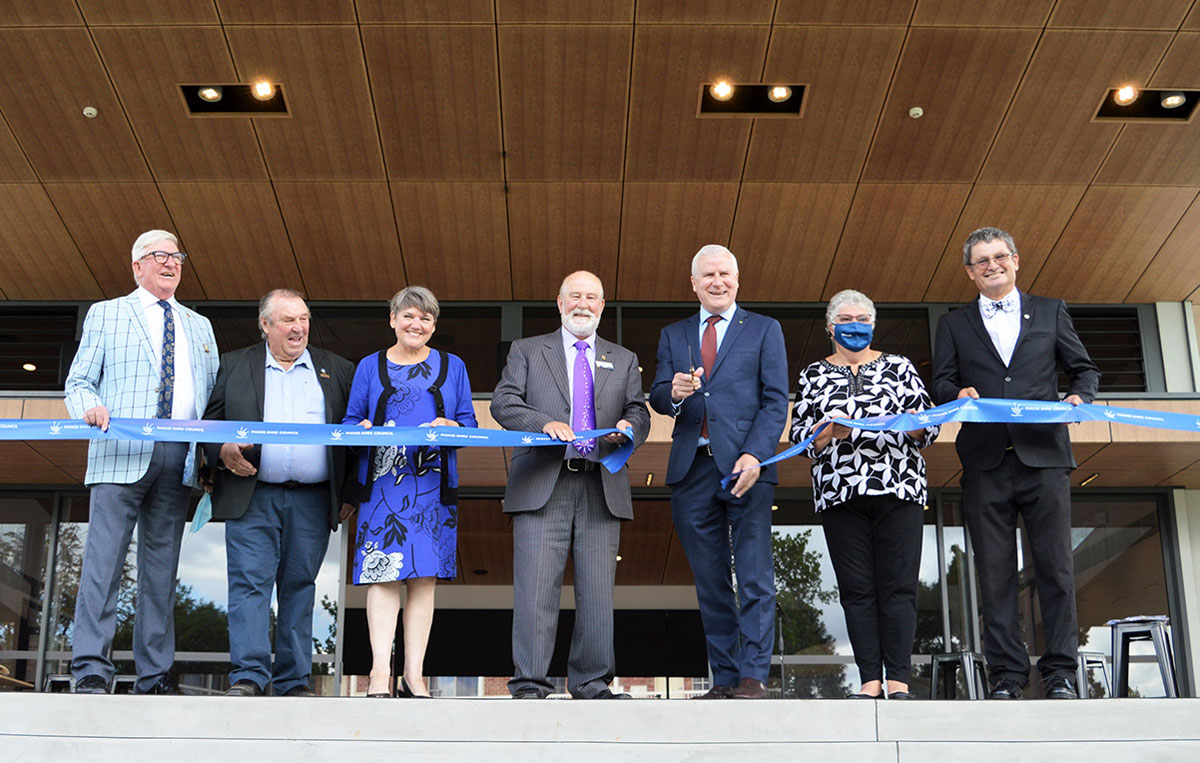 The Cooke Park Pavilion, the beautiful new home for the Parkes Elvis Festival and many other exciting events, was officially opened on Monday.

“This is just the bones and what happens now is the exciting bit,” said MC Neil Westcott. “We can start to dream of the amazing events that we can hold here starting with the Overture event on 2nd April next year with headline acts Lucy Durack and Josh Piterman. We hope over 2,000 people will fill Cooke Park on the day!”

Before unveiling the official plaque, Michael McCormack MP commended Neil and his committee on getting top class acts to Parkes. “These events invite people to come and they tell others when they go home to go to Parkes,” he said. “Why shouldn’t Parkes and regional NSW have the sort of infrastructure that is going to attract and lure people to visit, and not just visit, but also to stay and to live in the future. COVID has taught us one thing and that is you can live in a regional community and still take part in metropolitan board rooms. It has also taught us that regional communities are the safest, friendliest and best communities in which to live.”

Parkes Shire Mayor Ken Keith thanked his fellow councillors for their vision and support for this project, and making the big decisions to realise the project. “Building facilities that this community will remember for years to come is really important and vital to our success.”

The new facility includes an outdoor event stage, a multipurpose/conference room and kitchen facilities, a separate meeting/flexi-room, a large storeroom, and toilets.