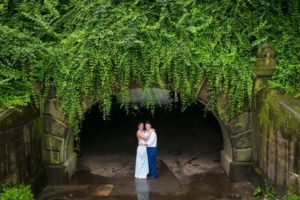 Wednesday was a day of celebration for the LBGTIQ community of Parkes when the results of the Marriage Law Postal Survey came out as an overwhelming yes. For Parkes couple Kasie Ferguson and Bianca Sheridan it was a joyous day. Although they were married in New York City in 2013, they were celebrating in Sydney as their marriage would now be legal in Australia too.

Other Parkes residents with family members in same-sex relationships were also ecstatic by the result, saying they were very happy for them. The Australian Bureau of Statistics (ABS) announced that 61.6% of the 16 million
eligible Australians supported changing the law to allow same-sex couples to marry and 38.4% did not.

Riverina MP Michael McCormack said the vote showed democracy at work. “I am pleased nearly 80 percent of people voted, I think that shows that people wanted to have their say and now they have it is now up to the Parliament to uphold the will of the people and change the act accordingly.”

“This high response rate far exceeds expectations and compares extremely favourably with other voluntary exercises conducted around the world thanks to the strong interest and engagement of eligible Australians in this topic,” he said.