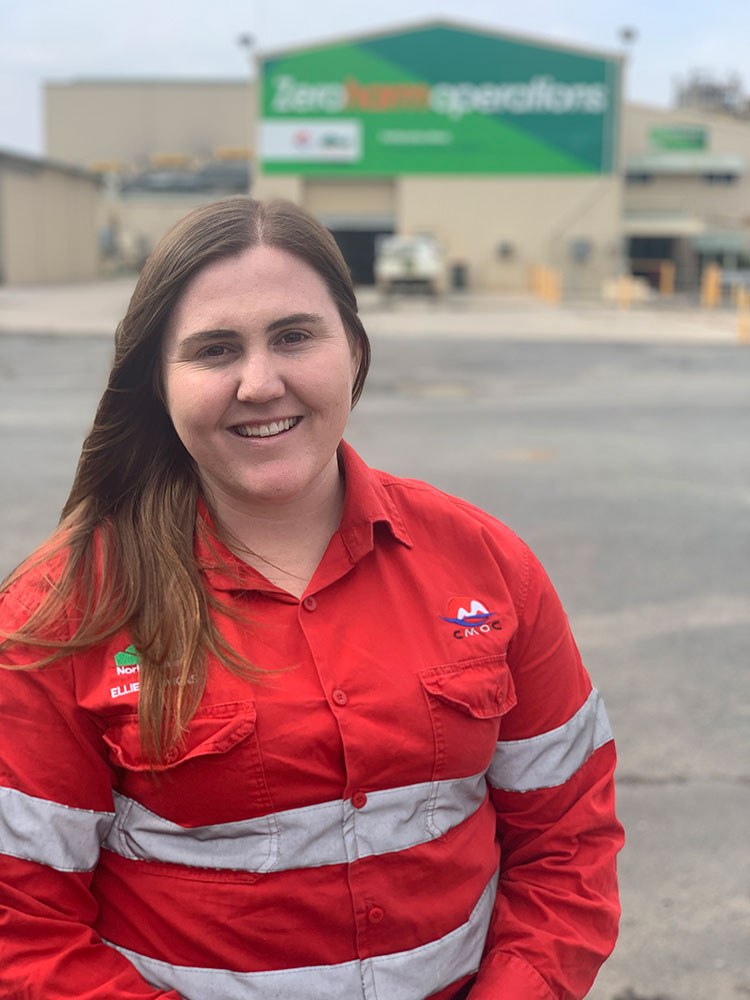 Ellie Hawkins, Scheduling Engineer at CMOC-Northparkes Mines is a finalist in the NSW Mining Young Achiever of the Year category of the NSW Mining Industry and Suppliers Awards.

She started at Northparkes in 2017 as a graduate mining engineer, became drill and blast engineer after 12 months, and was promoted to scheduling engineer in mid-2019. She is also completing a Master of Research at the University of Wollongong, and is an active member of the Northparkes Emergency Response Team (ERT). The awards will be announced at NSW Parliament House in Sydney on Thursday, 2nd April.