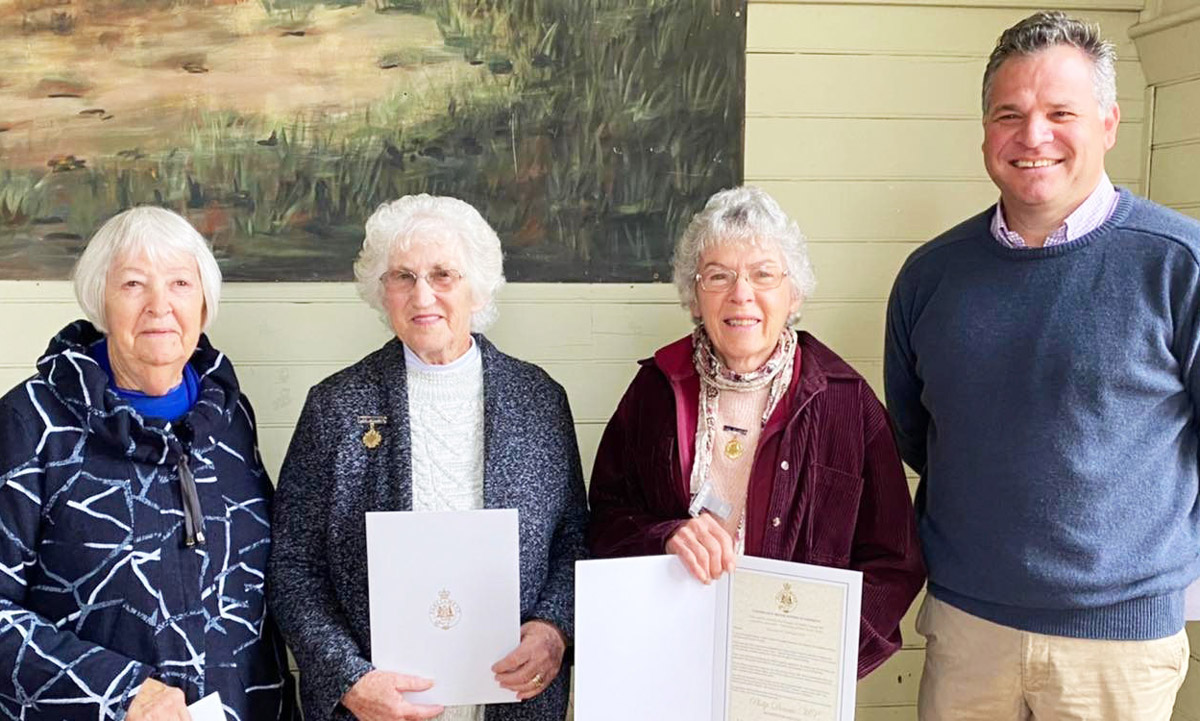 Four Parkes residents were among the recipients of the Orange electorate’s 2022 Community Recognition Presentation held in Lucknow last Friday.

Lynette Pengilly, Pauline Nicholson, Val Glasheen and Pat Drabsch, also known as The Canteen Ladies, at the Parkes Tennis Club received their awards from Member for Orange, Phil Donato MP. These wonderful volunteers have kept the Parkes Tennis Club canteen running for more than 40 years and were an integral part of the working committee.

“It’s an honour to publicly recognise and celebrate the efforts and accomplishments of people and organisations in our local communities,” said Phil.

He presented a certificate to each award recipient, upon which is endorsed the speech he delivered in the NSW Parliament earlier in the year, to officially recognise them.

“There are many people among us who go under the radar, humbly serving the community or who are quietly achieving.

“It never ceases to amaze me as I continue to discover individuals and organisations across the Orange electorate, doing unique and extraordinary things.

“Recognising people from our community is one of the most rewarding things about my job as the elected representative for Orange, celebrating their remarkable work and efforts.

“Most of these people don’t seek accolades or public recognition, they’re motivated people who possess attributes such as team and community spirit, care for fellow citizens and community, dedication and passion for their vocation or interest.

“This day is about them – they’re what makes our country community so special,” Phil said.

Helen Magill said the Canteen Ladies were very excited when they received the invitation, “but like all great volunteers they love what they’ve been able to do for our community and it’s never been about seeking recognition”.