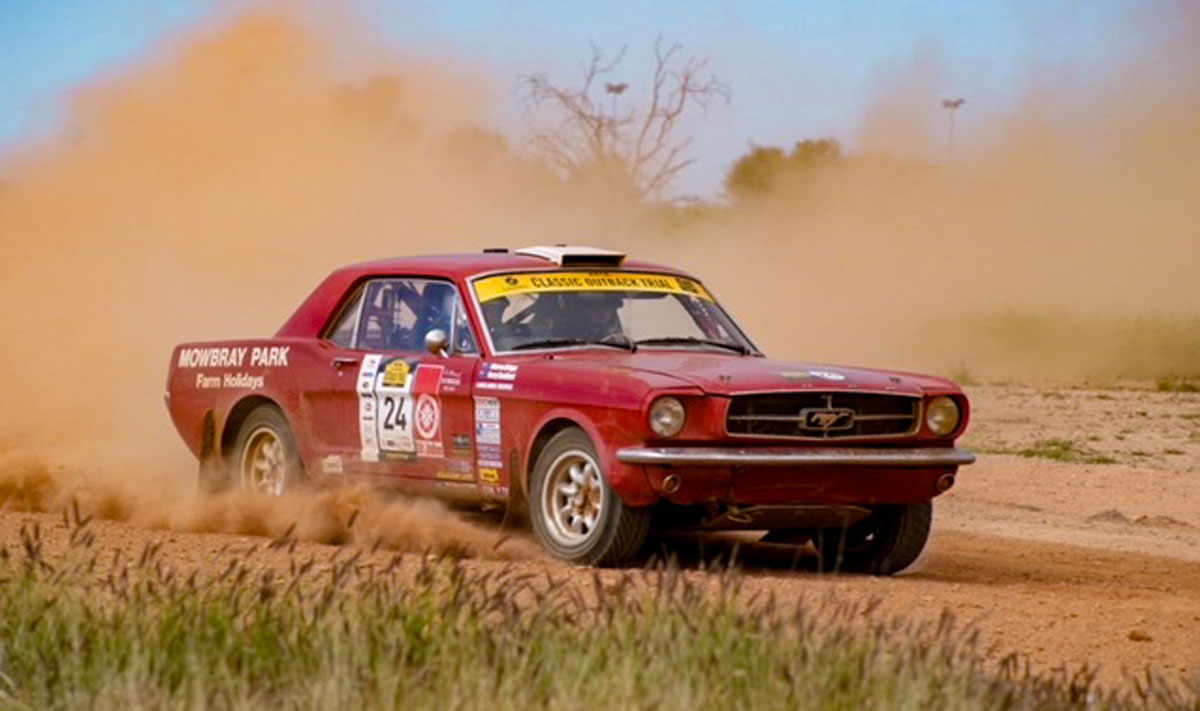 Rally cars started arriving in Parkes yesterday and will be seen all over Parkes this weekend as cars and their crews come to town for the start of the seventh and final Classic Outback Trial.

It is an endurance rally for historic rally cars (pre-1980), and 49 cars and their crews will pass under the starter’s arch in Church Street at 9am on the first of seven long and gruelling days of fast, hard and dusty competitive car rallying covering 33 special stages and nearly 1,700km in total.

With the racing crews comes a mobile army of almost 300 people who will offer a very significant boost for the economy of not only Parkes, Orange and Bathurst – where overnight stops will be held – but also that some of the smaller towns like Condobolin, Molong and Sofala, where lunch breaks will be held.

Entries for the event include local Bathurst legends Andrew and David Travis. Driving a 1984 V6 powered Nissan Gazelle, the son and father team will be trying hard to win this year’s event to add to their already impressive tally of four Classic Outback Trial wins.

Hot on their heels will be former Australian Rally Champion Nathan Quinn in a 1972 Mazda RX2 and South Australian star driver Stuart Bowes, who will be manhandling his massive Mercedes Benz 450 SLC through the tight forests and fast and open shire roads between Parkes and Bathurst.

Another entry set to attract some attention is a 1958 British sports car fitted with 2019 Telsa S electric running gear. The car is a Sunbeam Alpine Series 3, probably best known as the “Get Smart Car” in the popular TV series of the 1970’s.

Michael Wilkinson of Victoria is the car’s owner and the brains behind the unique concept, and the Classic Outback Trial is his first foray into dusty and gravel roads of a regularity rally with an electric rally car.

Giving the rally some international flavour will be UK-based Kiwi Warren Briggs who has entered his beautiful 1965 Mustang. Aided by Victorian navigator Matt Dillon the team are hoping for a good showing. It will be a change of scenery for Warren who is more used to steering his historic Formula one McLaren around tarmac circuits instead of the dusty roads of regional NSW.

Warren and his team usually pick a local charity to support and this year have joined with local racing legend Peter O’Donnell and Spinifex Recruiting to raise awareness and funds for the Parkes Prostate Cancer Support and Awareness Group.

The Mustang will be on display this afternoon in front of Discount Daves in Clarinda Street to raise awareness for the Prostate Cancer Support Group. The group will be running a raffle with the lucky winner getting a ride around town with Warren in the Mustang. The team welcomes everyone to come up whilst the event is on, get a photo or two or just have a yarn about the Mighty Red 1965 Mustang.

A feature of the 2022 Classic Outback Trial is the Regularity event, held in conjunction with the Special Stage Rally but on open roads and where the crews must strictly obey all traffic rules and regulations to arrive at their destination on time.

The 2022 Classic Outback Trial will move to Orange on Tuesday, 29th March and will finish at Bathurst Civic Centre on Saturday, 2nd April.