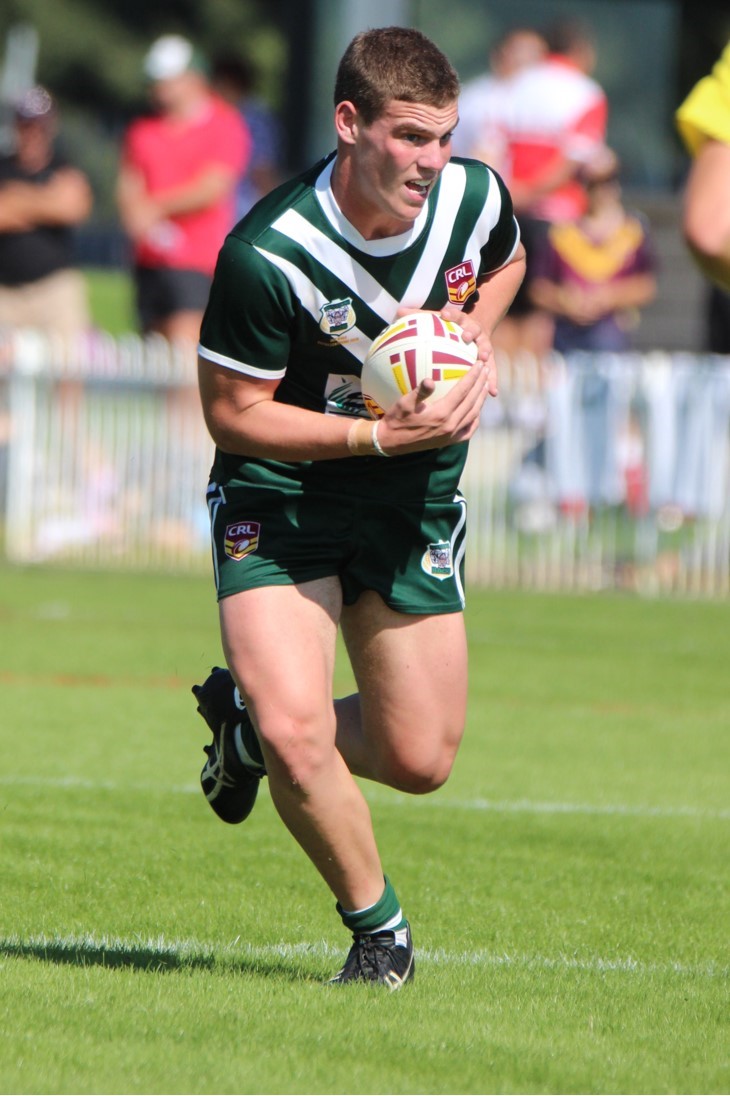 Finnley Neilsen started playing rugby league when he was five, and last week the Year 11 Red Bend student was lost for words.

“I thought Dad was joking when he told me I was selected for the NSW team,” said the Parkes Marist junior player.

Since last October he’s been living for the sport he absolutely loves. He travels to Forbes every week for training, and quite often to Dubbo and Orange too after being selected to play for the Western Rams for the first time.

He then got into the Country team, which was already very special for the lock. But when he realised last week that his Dad was not joking about his first selection for the NSW team, he “was pretty excited”.

The squad was selected after Finnley played in the NSW Country Under-16s team against a Harold Matthews Representative team at Penrith Stadium on Friday, 17th May.

Finnley is the only player of the Country team selected for the squad. There are seven players from the premiership-winning Newcastle Knights team and four players from grand finalists Canterbury-Bankstown Bulldogs.

Next Friday he will travel to the Homebush Centre of Excellence for two days of intensive training with the NSW 20-man squad, and on Sunday, 9th June the NSW Under 16s team will play a game against the Under 16s Pasifika team at Belmore Sports Ground.

The Pasifika is an international side with players from Papua New Guinea, Tonga and Samoa.

For Finnley this is the start of his big dream to play NRL one day.
By Maggi Barnard