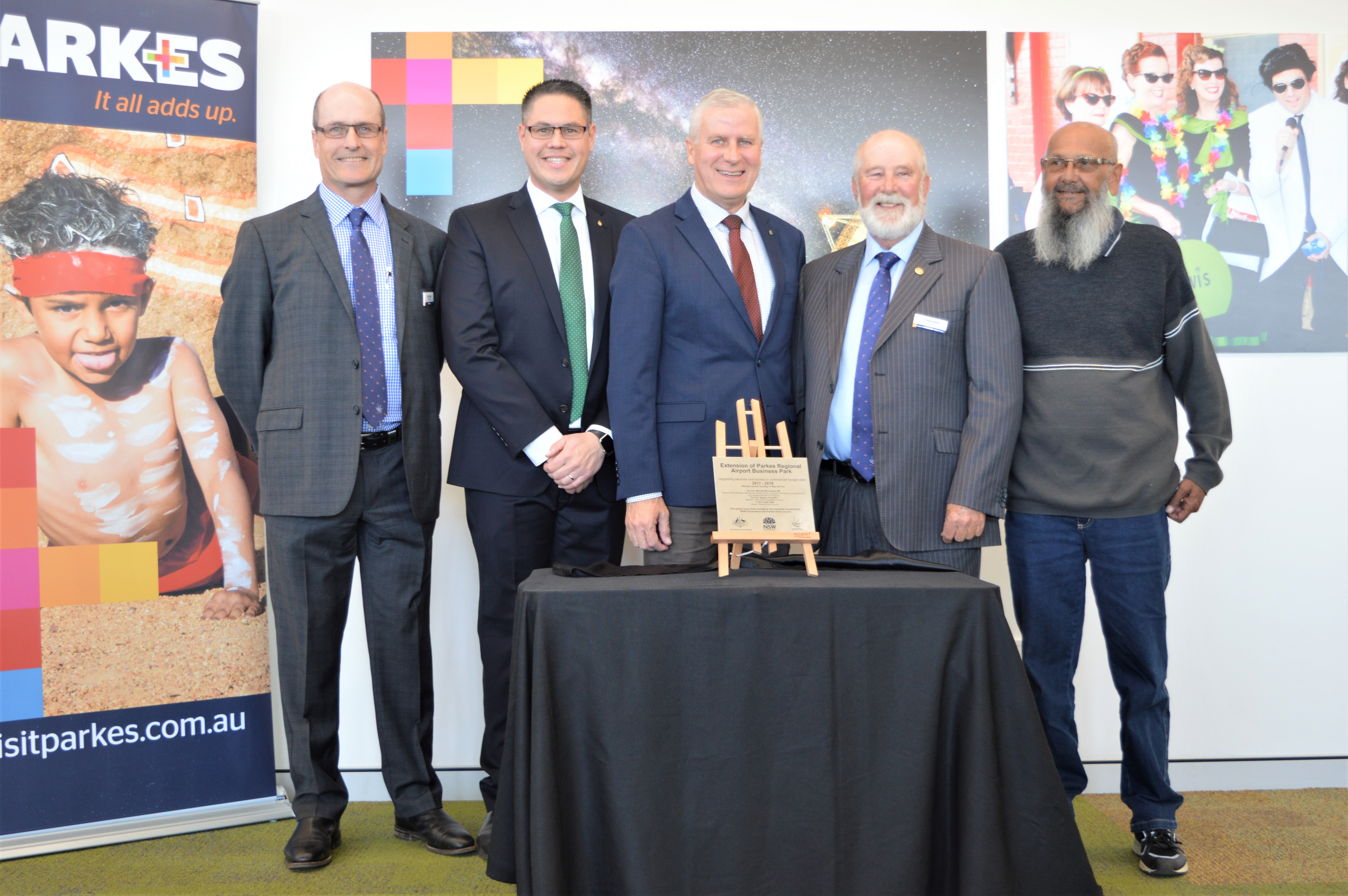 Extension work at the Parkes Regional Airport has been completed and was officially unveiled last week.

The work included better links between the tarmac and taxi lanes as well as an extension to the tarmac, a new taxi lane and better connection of services to the commercial hangar.

“This is a major modernisation of one of Australia’s most important regional airports,” said Deputy Prime Minister, Minister for Infrastructure, Transport and Regional Development and Federal Member for Riverina Michael McCormack.

“As a well-established national transport hub with links to both major cities and the country, Parkes is the ideal location for aviation industries to flourish,” he said.

Member of the NSW Legislative Council Wes Fang said: “Parkes is now better placed to attract new business investment, capitalising on the movement of metropolitan- based business to regional areas.”

Parkes Shire Councillor and Chair of Economic Development – Airport Sub Committee, Alan Ward said this project was part of a suite of investments in the region, including the construction of Inland Rail, expansion of CMOC Northparkes Mines and establishment of the CleanTeq Sunrise Nickel Cobalt Scandium Project.

“Following the announcement that Parkes will be the State’s first Special Activation Precinct, we are experiencing unprecedented levels of enquiries from businesses looking to capitalise on Parkes’ strategic potential.” This $3,115,000 project was jointly funded with the Federal Government investing $1,557,500, the NSW Government investing $1,030,000 and Parkes Shire Council investing $527,500.