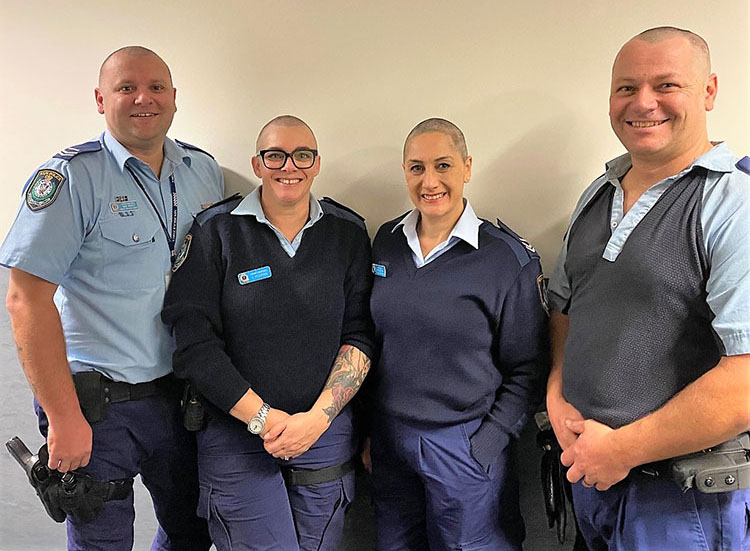 Senior Constables Nick White, Lisa Pearson, Filiz Kucukakyuz and Rob Ellis ‘shaved to save’ in an effort to raise awareness of officers paying the ultimate price and the families they leave behind.

“It is only hair, and if I can use it to raise money for a good cause, why not?” said Nick White. “We have all worked with people who had died on the job and that was hard enough for us. It must be so much harder for their families.”

Nick and Lisa decided to do something following a spate of fatal accidents involving police officers.

They initially aimed to raise $500, but by Monday morning they were close to $9,000. “The support we received has been incredible,” said Nick. “It is very encouraging in light of what is happening internationally with all the protests.”

Four other officers from Sydney and Kempsey joined in the campaign.

NSW Police Legacy said: “Amazing effort everybody! You look as stunning on the outside as you are on the inside. Incredible work, for an incredible cause.”

NSW Police Legacy was established to care for the widows, widowers, partners and children of deceased members of the NSW Police Force.