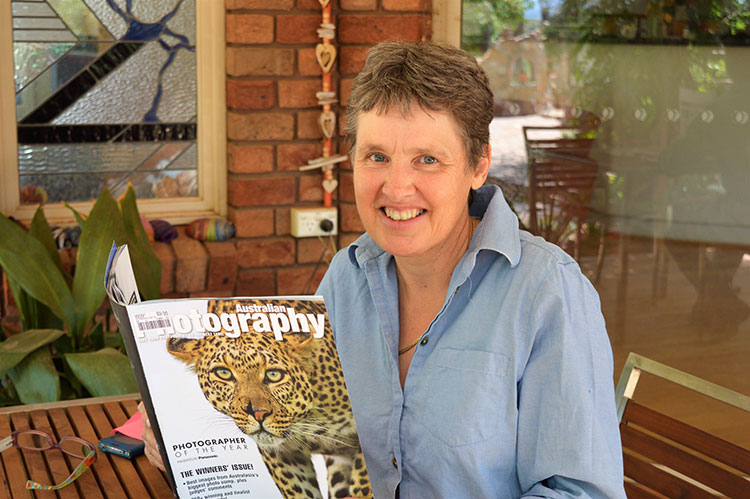 Julie Brown with the Australian Photography magazine featuring her entry with all the other winners.

Ten years ago Julie Brown was not interested in photography and only used a camera to get a picture she wanted to paint.

This month her black and white portfolio is featured in the Australian Photography magazine as she was placed eighth in the largest amateur photo competition in the Southern Hemisphere.

Julie entered four macro photos of the native Eremophila flower, that grows on their farm 20km east of Parkes, in the black and white category. 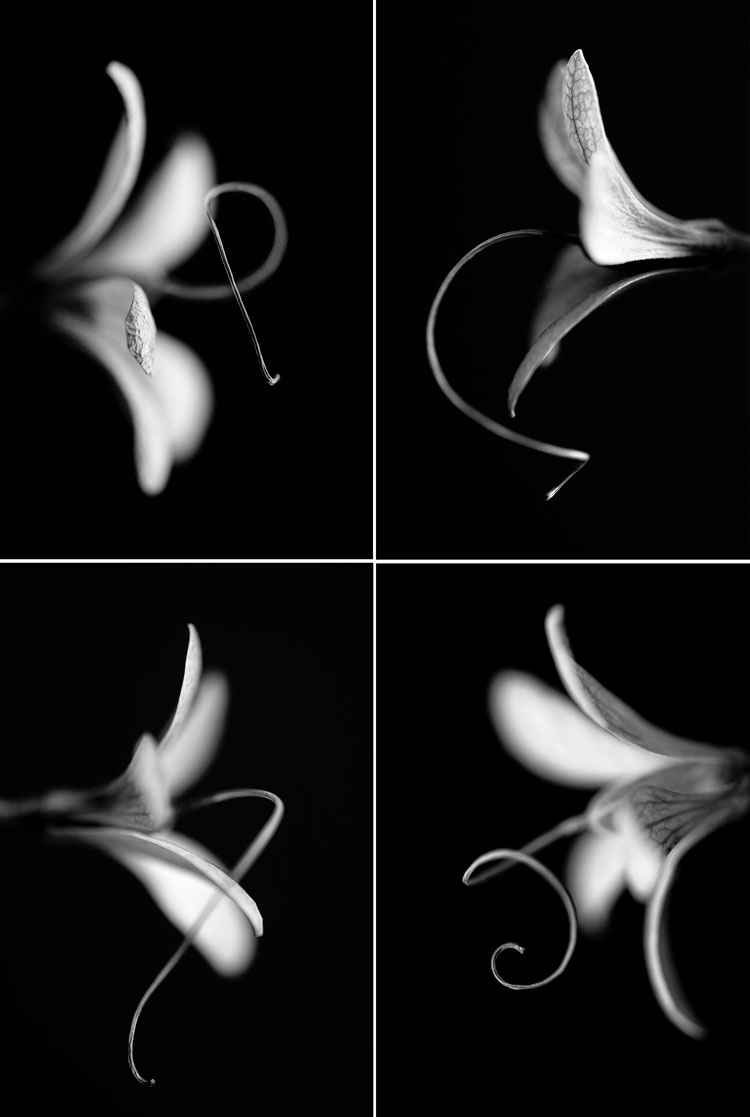 PHOTOGRAPHY AS ART… Julie Brown’s series of four of the Eremophila flower that she entered for the Photographer of the Year competition.

It is the third time she has entered the Photographer of the Year competition that receive thousands of entries every year. “I am very happy with the result,” said Julie, who loves taking photos of natural things around her like fungi, flowers and trees.

“I don’t do landscapes, as I focus on shapes, forms and textures. I want to create art and put it on a wall.”

That was why she took that photo ten years ago of the Murray River as she wanted to create art by painting it. “I could not believe what I had captured and when I wanted to enlarge the photograph, I was told the quality was not good enough.”

She had to get a better camera to get better quality photos and that was the end of her painting ambitions.

Julie’s favourite medium is black and white in its simplest form. “I believe there should only be three elements in a photo.” That is why her favourite image is Sunbaker, a 1937 black-and-white photograph by Australian modernist photographer Max Dupain depicting the head and shoulders of a man lying on a beach, taken from a low angle.

For her entry into the competition this year she used her camera on F4 when photographing the flowers to blur some of the image. (The f-stop on a camera determines the focal length of the lens.)

Julie says she enjoys entering competitions as the feedback always adds to her learning process. As a Parkes Camera Club member, she enjoys the interaction and monthly competitions with other members. “We all look at something differently.”

The Camera Club’s participation in the Parkes Elvis Festival is a fun challenge for Julie. “I love doing the festival as it gets me out of my comfort zone.” She enjoys trying out different angles and capturing special moments at the festival.

When the huge dust storm hit Parkes earlier this year, Julie seized the opportunity to do something special again.

“It was starting to look interesting so we closed all the windows in the house and went outside for a better look. We couldn’t believe what we saw! I ran to the middle of the paddock as I wanted the yellow box trees in the foreground for perspective.”

She did a 180-degree stitch of eight vertical photos to try and capture the enormity of what was coming towards her. When she showed the end result to her tutor of the certificate of photography she is doing, he said she should send it to the press.

Last Sunday the Good Weekend magazine in the Sydney Morning Herald printed her image in the Exposure section.

Ten years ago the click of a camera set a new course for Julie’s life and she still enjoys learning about photography every day.