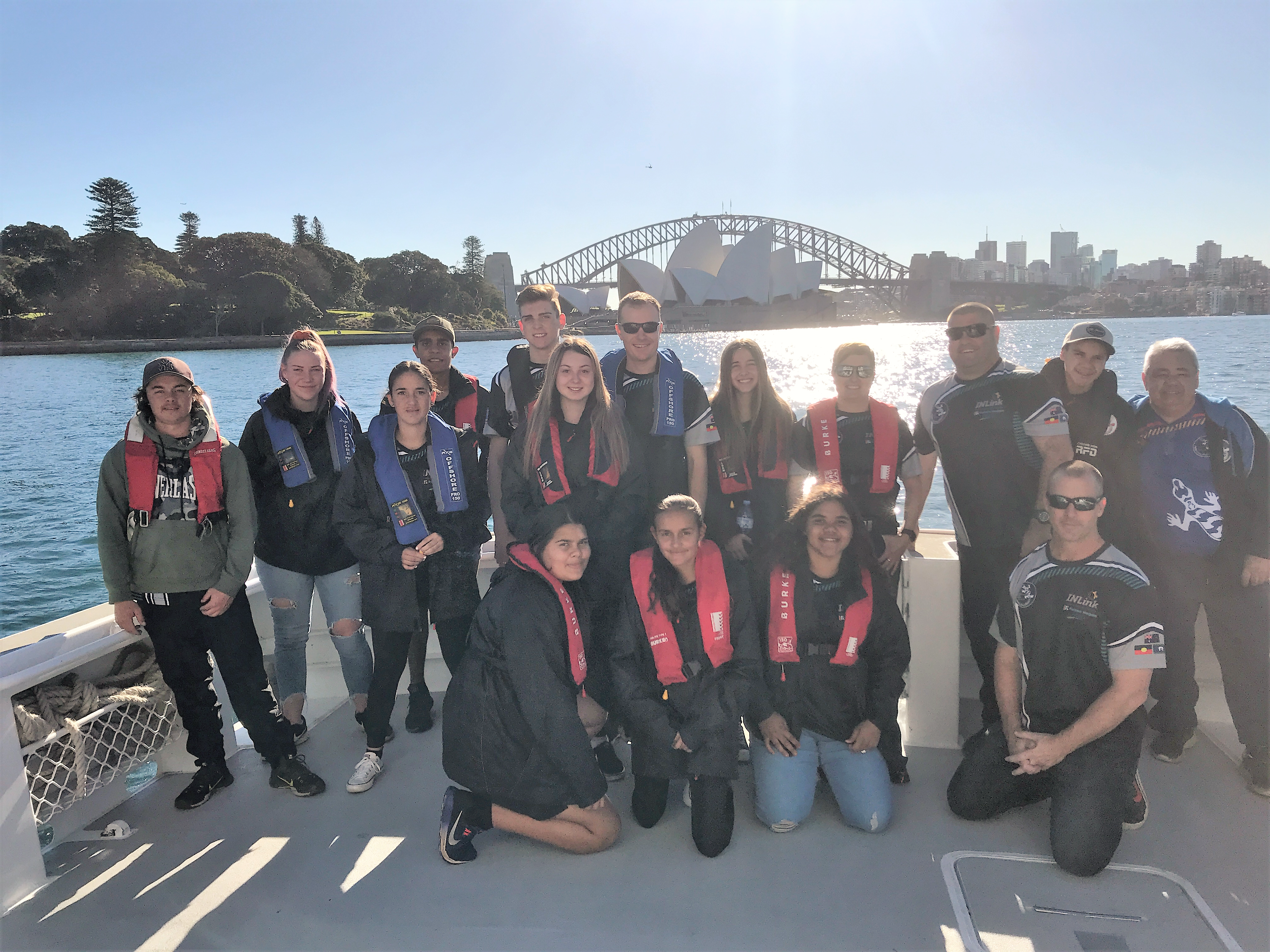 The school holidays ended with a fun trip to Sydney for 11 Aboriginal students from Parkes, Condobolin and Lake Cargelligo.

The students participated in the annual Active Citizen Program of the Central West Police District. The packed program started with a visit to the GWS Giants AFL Club where they watched a training session, went on a tour of their facility, met players and watched a game. It was a rare opportunity and the participants really valued the experience.

The Marine Area Command of the NSW Water Police also provided a tour of their facility and some of their boats, which included a ride in Sydney Harbour. The weather could not have been better and this was the first cruise on Sydney Harbour for most of the young people.

Cumberland Council organised a cultural experience at Pemulwuy. The suburb is a practical example of reconciliation and is named after a local Aboriginal warrior. The group learned more about the warrior and the history of the local area. The young people painted their first pair of clap sticks, which is a ceremonious occasion, and took part in other traditional games and activities.

“This trip was an amazing experience,” said Senior Constable Daniel Greef. “It provided a number of once in a life time opportunities for both the staff and participants.”

Participants also took part in various local cultural activities; visited local businesses and community groups to find out why they give back to their communities; and discovered local career opportunities that were available to them and could build their skills. The program will conclude with a leadership camp in Canberra and Jindabyne.

They will climb to the summit of Mount Kosciusko, visit the Royal Military Academy, Duntroon, and the Australian War Memorial including a Last Post ceremony at the Tomb of the Unknown Soldier.